OCD: Can the Problem be Resolved?

Psychiatry appears to believe this problem is biological and is rooted in the physiology of the brain. One leading Psychiatrist has even gone so far as to describe it as a kind of throw-back to animal 'appeasement' behaviour. It has also been described as a kind of 'stutter' in the brain.
It is almost always treated with drugs, with the usual hit-or-miss outcome. It may also be treated by a Psychologist using a simple solution focused Cognitive/Behavioural approach, which may be useful when dealing with the kind of OCD that involves an activity, but even then if the root of the problem is not treated it will simply recur in a different form.

I have found in my work with OCD clients that there are two clearly separate streams of thought involved. One is purely rational and doesn't want to undertake the obsessive activity or think the obsessive thought. The other, however, the actual compulsion to carry out the obsession, is almost invariably unconscious to the thinker. So much so that the 'intrusive' thought might even appear to be not a part of the thinking process of the client at all, appearing more like an external invader.
It is therefore imperative in this work to bring the unconscious thought out into the open, no matter how irrational it might appear to be. For within this irrational thought process lie all the clues as to the origin of the problem. The irrational thought is always intimately connected with the symptoms and with the root of the problem. So we have to respect the irrationality and really learn to listen to it, just as R D Laing did with his Schizophrenic patients.

Sigmund Freud, when working with a patient suffering from OCD, noted that way back in the patient's formative years there had been a time of great trauma when two thoughts became conjoined along with a powerful emotional charge. The connection between the thoughts was lost in the unconscious but the emotional charge remained, ready to be triggered by a similar powerful emotional charge in the patient's present. But because the original trigger was lost in the unconscious, it became attached to the wrong thought or event. It is therefore of utmost importance to find the lost connection and separate out the original thoughts and events, thereby defusing the emtional charge.

This is fairly long term work, involving working gradually and carefully through the layers of defences around the traumatised area. For many sufferers, the OCD thinking itself represents a defence. It may be the only way the client was able to find that would give them an experience of control in the traumatic situation.

This sense of control is, of course, an illusion but it is a powerful illusion and must be treated with care and respect. To wade in and attempt to simply destroy a form of defence, no matter how erroneous or illusory, would only increase the client's already extremely high anxiety to a level which would be intolerable. It is not therapeutic to increase a client's anxiety in this way, which is why a gentler approach is needed.

With this particular disorder it is also important to work with clients to help them face their fears and to help them to limit the number of times they will perform an activity or think a particular thought, and then ride out the anxiety until it passes. This is where the 'Will' work of Psychosynthesis is absolutely essential.
Through negotiation, the client chooses the limit they wish to abide by and will put in the hard work of limiting their ritualising according to their chosen limit. If they do not achieve their goal, this is not failure, it simple means perhaps the chosen limit was too high and a lower limit may be negotiated. By limiting the rituals, whether activity based or thought rituals, clients begin to de-sensitise the emotional charge that causes their anxiety to rise.

Can the Problem be Resolved?

This disorder is often known as the 'hidden problem'. Because the symptoms can appear bizarre people tend not to talk about their problem with friends or relatives. The nature of the rituals may be such that people can no longer work or even leave their homes, and with isolation depression and anxiety are exacerbated, resulting in a severe debilitating illness.
The good news is that many clients have permanently resolved their OCD using the combination of limiting rituals and also resolving the trauma at the root of the problem. For those for whom permanent resolution is not possible, significant improvement should be achieved.
By its very nature, this work takes a great deal of time and patience on the part of both therapist and client, but it is kind and gentle, remembering that the physician should do no harm. It does not re-traumatise the client and when the root of the problem has been dealt with, the improvement should be permanent.

Stacey: Growing up with OCD
I would never describe my childhood as perfect. It was far from it. In a way, it was me,...
Anxiety Obsessive compulsive disorder (OCD)

Counselling helped manage my OCD
It all started when I was 11 years old. I had just started secondary school and found the... 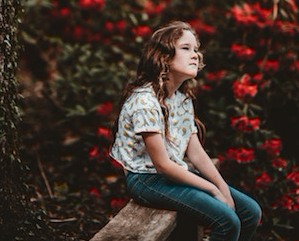 Children with OCD: what are the signs?
By Bonnie Evie Gifford
Kids worry. Feeling anxious, having doubts, or being worried is pretty normal at any...
Obsessive compulsive disorder (OCD) Obsessive-compulsive personality disorder 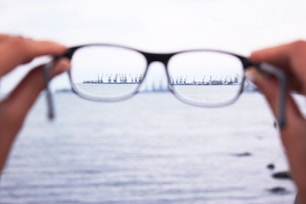 A closer look at OCD
By Ellen Hoggard
This article was originally featured in the October issue of our magazine, Happiful. To...
Obsessive compulsive disorder (OCD) Depression Obsessive-compulsive personality disorder Mental health 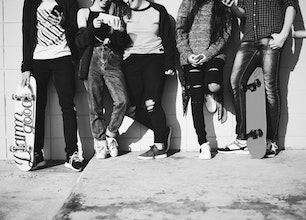 Teenagers and mental health: The stigma
By Becky Wright
Going through the transition period from child to adult already feels like a...
Get involved Connect with us, we're social.
Facebook
Twitter
YouTube
Before using our site, please take a moment to review our Privacy Notice and Cookies policy. By continuing to use this site we'll assume you agree to both.
Ok