Narcissism - growing up with a narcissist

I sometimes think that every person who pursues a career in psychotherapy must have had a parent with a narcissistic personality. How else could our sixth sense have become so well tuned, our intuition so finely honed?

The child of a narcissistic parent has to develop an extra awareness, an extra alertness to the slightest nuances of the parent's mood. He can "see" changes almost before they happen. In this way he learns to remain safe.

Imagine the difficulties such a child must encounter when his other parent dies or departs. There is no longer an alternative mirror for him to peer into in order to verify his existence. He is left with the cracked and distorted mirror of his narcissistic parent; the parent who can only survive by assuaging his or her own narcissistic needs through his or her child. (Miller' 79:I)

This child, often an only or first-born child is loved with a passion, but the love is self-love. The parent only loves the child for what he can mirror. S/he sees him as an object to reflect the parts of him/herself that s/he wants to own. Any part of him s/he cannot accept is rejected.

The child learns that there is no consistency in his parent's love. He cannot be himself without risking his/her anger, rejection or indifference because he cannot behave in any way that does not mirror his/her idealised view of him/herself. He therefore develops into the person his parent needs. This saves his life but stunts it seriously and often permanently.

This is illustrated by Margaret Mahler ('68), who says, "It is the specific unconscious need of the mother that activates, out of the infant’s infinite potentialities, those in particular that create for each mother "the child" who reflects her own unique and individual needs". This child is known as the narcissistically cathected child.

He is able to develop his intellectual capacities undisturbed but not his emotions, because performing in any way unacceptable to his mother/father is too dangerous to risk. To survive he has to bury deep inside his unconscious a half of himself, i.e. all the characteristics which make him unacceptable. He cannot appear bad, ugly, angry, lazy, dirty, jealous or smelly. (Miller' 79.2) These characteristics are all split off and the false self, to use Winnicot's term, is allowed to emerge.

So now we have a child who has already split off all his unacceptable bits and who, on the death of a beloved parent, cannot exhume from his unconscious all the emotions he will need in order to grieve successfully. These emotions have long been unavailable to him. He is bereft of emotion and bereaved. The internal struggle this sets up must take a great deal of energy. The only emotions he has at his disposal are the "acceptable" ones such as happiness and charm. Intellectualisation is the only recourse left open to him and all thoughts of grieving are buried inside the unconscious along the other lost parts of him.

"For the majority of sensitive people this true self will remain deeply hidden. But how can you love something you do not know, something that has never been loved? So it is that many a gifted person lives without any notion of his true self. Such people are enamoured of an idealised, conforming, false self. They will shun their hidden and lost true self, unless depression makes them aware if its loss or psychosis confronts them harshly with that true self, whom they now have to face and to whom they we delivered up, helplessly as to a threatening stranger." (Miller' 79)

If you cannot love yourself in this state of existence, how can you expect others to be able to love you when you only exhibit half of yourself. As this knowledge is buried deep in the unconscious you are doomed to travel through life searching for love that is unattainable.

Given that a bereaved child frequently goes through life "searching" for the lost parent to love again, his life must surely be empty and unfulfilling.

Counselling can help redress this imbalance, enable you, this "child", to learn to love yourself for who you really are and not for the false values and beliefs that were instilled in you by your narcissistic parent. You can grow into the adult you would love to be and start to attract relationships which reflect this new way of seeing yourself and the world.

With over 25 years experience, I have a particular interest in working online or by telephone, with clients from all over the world or with levels of disability that prevent them visiting me in person. I do have limited face to face slots in my rooms near Exeter in South Devon. A warm and insightful... 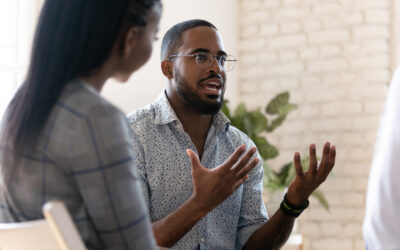