Searching for a specific counsellor or psychotherapist? Try our advanced search
Addiction(s) 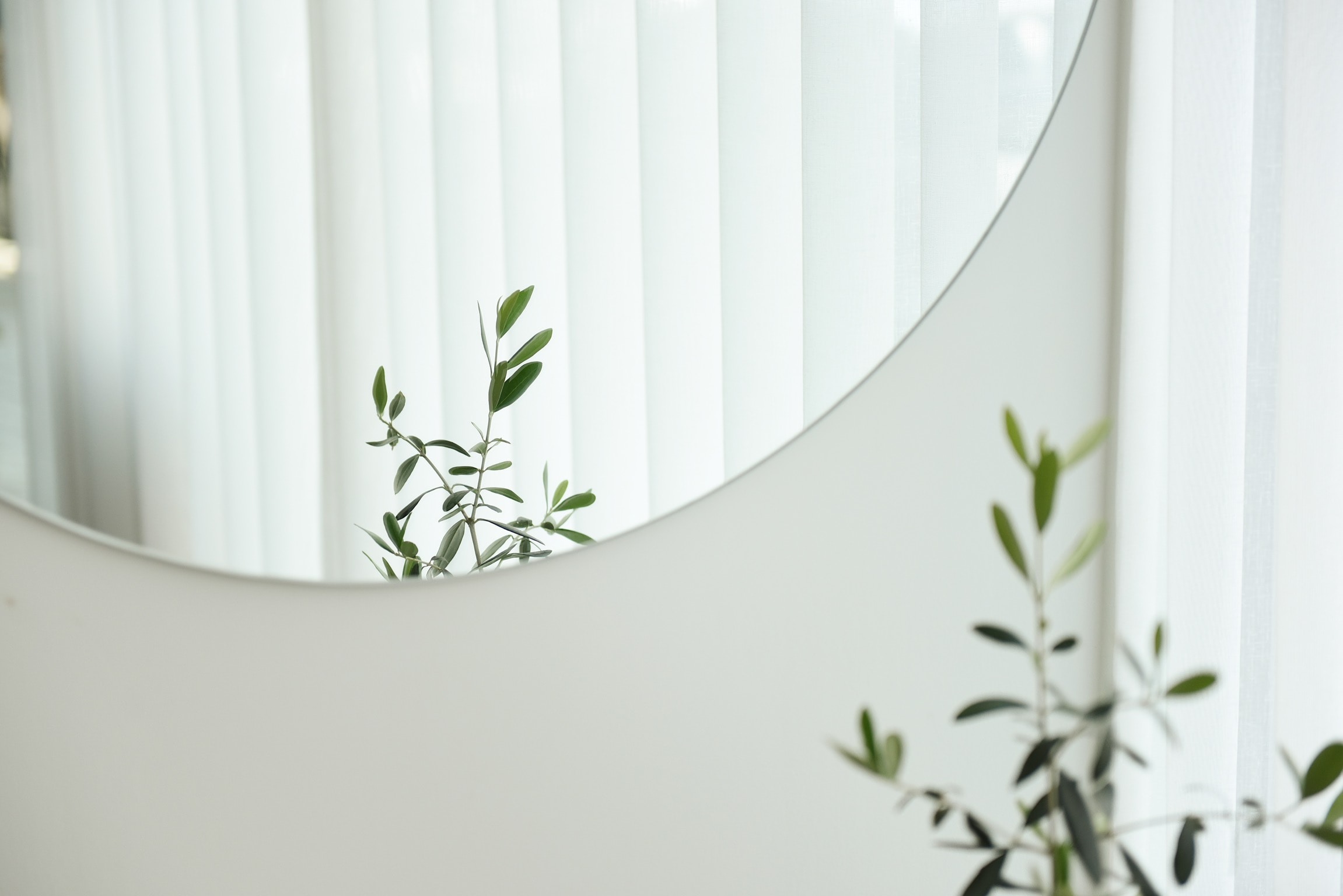 Summary and Comment on 'The Mirror Transference in the Psychoanalytic Psychotherapy of Alcoholism: A Case Report'

Summary and Comment from a Relational Psychoanalytical Perspective on “The Mirror Transference in the Psychoanalytic Psychotherapy of Alcoholism: A Case Report” by J. Gustafson, (1999). In Essential Papers on Addiction, ed. D.L. Yalisove. New York: New York University Press.

In this paper, Gustafson points to the similarities in the theoretical conceptualisations expounded by Balint, in terms of the basic fault, and Kohut, in the form of a narcissistic personality disorder, as applied to alcoholic patients.

To summarise these formulations, Balint sees the basic fault as deriving from serious difficulties between the needs of the individual and the care and nurture available in early development. In postulating this theory, Balint assumes a two-person structure, in contrast to Freud’s triangular structure, as conceptualised in the Oedipus complex that occurs at a later developmental stage. Within the theoretical framework of the basic fault, Balint views the alcoholic person as developing shaky object relations and as tending to withdraw into solitary narcissism, a state that leaves him or her feeling forsaken and miserable. Balint argues that alcohol establishes a sense of wellbeing and harmony within the patient. Further, he suggests that the yearning for this absent state is the most important cause of alcoholism.

Given this formulation, Balint posits that the therapeutic relationship should aim to generate just such a state of harmony, as this will relieve the patient of the need to seek solace through alcohol. In order to achieve this state, the therapist must be “in tune” with the patient and there must be an absence of conflict. By these means, the therapeutic relationship provides a “climate of understanding” which, in turn, facilitates a “benign regression” aimed at “recognition of the missing needs”. Within Balint’s formulation interpretation becomes relatively unimportant.

As with Balint, Kohut treats alcoholism as a special type of narcissistic disorder. Here, the alcoholic person is seen as being unable to insulate themselves against over-stimulation, or to supply themselves with tension-reducing gratifications. Lacking the capacity to self-soothe, this function is, instead, provided by an archaic object relationship in the form of an external object which, in the case of the alcoholic person, is drink.

Kohut posits two stages in the mirror transference during the course of treatment. In the first stage, the patient fears isolation or rejection in anticipation of his narcissistic aims becoming known. Kohut argues that the therapist may overcome the patient’s resistance during this stage by adopting an empathic stance.

The heart of the second stage involves the mirroring, and thus the revelation, of the patient’s grandiose fantasies. Typically, the patient attempts to avoid the pain of this knowledge, either by deploying the aforementioned mental defences of splitting and/or repression, or through regressive evasion. In Kohut’s formulation, these escape routes are blocked by the therapist’s transference interpretations, as well as by re-constructions from early childhood self-object relations. This forces the patient’s psyche to create new structures which transform and elaborate infantile needs along realistic lines.

In the case report, Gustafson presents Mr A., a 42-year-old man who has been a heavy drinker since leaving home at the age of 16 to join the army. We learn that Mr A’s mother had a stroke when he was three years old and that this left her with a severe problem in verbal expression (aphasia). In Gustafson’s account, Mr A’s father and older sister left Mr A. to the mercy of the disturbed relationship with his mother. Not only did the father largely neglect Mr A., he also appears to have been cruelly intolerant of his son’s language difficulties. Gustafson reports that Mr A. slept in his father’s bed until the age of 12, and that he took to doing so again on his returning home from the army at the age of 19.

With regard to Mr A’s adult relationships, he married at the age of 22, but has no children. Following open-heart surgery when aged 34, Mr A. remained abstinent from alcohol for three years. At the age of 38, that is four years prior to starting therapy, Mr A. had a tumultuous love affair with “a beautiful, narcissistic woman”. Gustafson tells us that the relationship changed from being ecstatic and gratifying sexually, to being revengeful, rather like that between Mr A. and his mother. Two years before commencing therapy, Mr A. had a second, less serious heart operation. We are told that his father died at about this time as well.

On starting the therapy, Mr A. was taking medication for angina, drinking heavily and had been involved in several serious drink-related automobile accidents, endangering both his own life and the lives of others. He had broken off the relationship with his mistress, but had remained obsessed with her. Apart from a few sessions with a psychiatrist when in his twenties, Mr A. had not been in treatment before. His reasons for seeking therapy at this point was because of feeling “no good” and having become aware of a compulsion to “mess up my life”.

Gustafson gives an account of a therapy that applies a synthesis of Balint’s and Kohut’s formulations, as set out above. He describes Mr A. as grandiose and narcissistic, and provides several examples of such behaviour. Mr A. terminated the therapy after a year. Although Gustafson considered that the analytic work had not been completed, he reports that Mr A. had ceased to drink and had markedly reduced the medication for his angina. Moreover, by the end of the therapy, Mr A. presented as less grandiose and more rooted in reality. During the course of the treatment, Mr A. recalled painful memories and started to mourn the loss of his father. He also began to experience anger which led to a concomitant reduction in bodily tension.

Yalisove, in his preface to the case study, argues that Mr A’s relationship to Gustafson was more important than the interpretations that he provided, and that the positive outcome had to be struggled for within the confines of the psychoanalytic theory and technique prevailing at that time.

Notwithstanding the reservations implicit in Yalisove’s observations, it may be accepted that Gustafson’s case report presages, to some extent, a contemporary relational/intersubjective approach informed by developmental studies, adult attachment research, trauma research, affect theory and neurobiology. From this integrative perspective, psychopathology is seen as arising out of an accumulation of maladaptive interactional patterns that result in character and personality types and disorders. The therapeutic process consists, in significant degree, of the moment-to-moment micro-repair of attunement or misaligned interaction. This is conceptualised as a mutually reciprocal, intersubjective process operating at the level of procedural or implicit relational knowing, as informed by the tracking and matching of subtle and dramatic shifts in the patient’s mood state (psychobiological regulation) as they narrate their story. Interpretations are viewed as shared relational events, and thus as having an affective as well as a cognitive component. Moreover, there is a greater readiness selectively to disclose countertransferential thoughts and feelings in the service of emotional connectedness or intersubjective relatedness within a secure-enough therapeutic alliance or attachment relationship.

The elaboration and application of a relational/intersubjective model, as set out above, is predicated on the theoretical premise, supported by a meta-analysis of outcome studies, that the interactive emotion-transacting aspect of the therapeutic relationship is the main mechanism of intrapsychic change.

Applying this overarching theoretical paradigm to Gustafson’s case report, links may be drawn between, on the one hand, Mr A’s childhood trauma, in the form of separation, loss, pathological mourning, emotional abuse and neglect within a disorganised caregiving-attachment system, and, on the other hand, emotional detachment/dissociation, dysregulated affect, relationship problems, alexithymia, somatisation, self-destructive behaviour, and alcohol dependence in adulthood. In Mr A’s case, although his mother was physically present, her stroke and its aphasic and behavioural sequelae meant that she became inaccessible to him psychologically and emotionally, and, therefore, was unavailable to help him develop the capacity to regulate negative cognitive-affective states. This unhappy situation appears to have been compounded by the absence of a good-enough substitute attachment figure and by the uncaring, neglectful attitude of Mr A’s father. Thus, Mr A’s capacity to reflect on and organize his own and others emotional and intentional states (mentalization) was severely compromised, as was his ability to mourn loss and develop a secure, psychologically differentiated sense of self. Given these clinical factors, it is, perhaps, not surprising that when Mr A was separated from his family for three years in adolescence to serve in the army he responded by heavily misusing alcohol.

In my view, as informed by clinical experience in both private practice and a forensic setting with people who misuse alcohol and Class A drugs, Mr A’s dependence on alcohol in adulthood may be seen as having its aetiology in his early traumatising experiences. From this perspective, Mr A’s misuse of alcohol would be seen as a maladaptive means of suppressing dreaded psychobiological states, particularly fear, shame and rage, in a desperate attempt to restore a semblance of affect regulation and thereby avoid becoming flooded with, and overwhelmed by, disorganising negative affect associated with, and deriving from, the original unresolved childhood trauma.

Share this article with a friend
Article Tags
Addiction(s)

I am a relational psychoanalytic psychotherapist and author in private practice in central and south west London (see below in 'Extra Information' for details of my practice addresses). I am accredited by the United Kingdom Council for Psychotherapy (UKCP). I work with individuals, offer couples counselling and also supervise counsellors and psychotherapists. I also work as a life coach.… Read more

Save Saved Message me View profile

Find a counsellor or psychotherapist dealing with addiction(s)

Talking to people about your addiction

If you have a dependency on alcohol, you are not alone, as over half a million people in England are dependent...

How to talk to your partner about alcohol addiction

According to the NHS, last year over 350,000 hospital admissions were for reasons related to alcohol usage. This...

Lockdown drinking: beware a 'new normal' in the making

The Covid-19 lockdown has changed all our routines including our patterns of alcohol consumption. Alcohol sales...