Do you struggle in social situations such as parties, when making presentations, or performing in front of others? Learning to acquire social skills and managing internally vulnerable parts could be a way of coping with the anxiety associated with such social events. 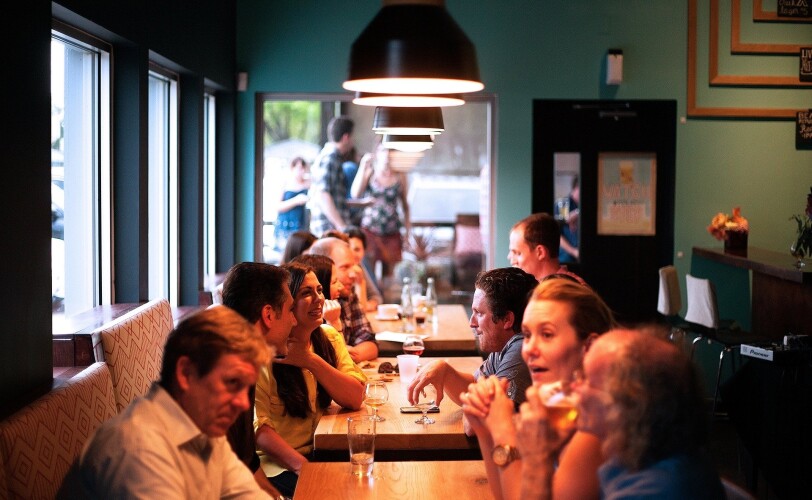 It is the nature of the mind to be sub-divided. We are all multiple. There are parts, or sub-personalities, that think one way, another part that thinks or feels something different, and yet another part of us that might take an entirely different view of the same situation.

For example, let us assume we are invited to a party. There might be a part of us that will embrace the invitation, that might look forward to the anticipated social energy and the social interaction, and perhaps the excitement of being a social butterfly in social circles. There might be another part, however, that might not want to be social, that might want to be alone instead. That part could be potentially terrified if you are asked to make a presentation or perform on a stage in front of others. This example in itself is evidence of at least two parts reacting to the party invite. Each part might have its own way of thinking, its own voice, sensations, and feelings. It can be useful to dialogue with these different parts and to try to understand what each part wishes for you. What, perhaps, are the fears associated with each part, what are its aims for you, and where might there be trauma that has previously attached itself to these parts?

All parts or sub-personalities have their value. However, in response to difficulties encountered in life these parts can take on a negative aspect. They can potentially become frozen in time. They may have been useful at the time (when we were most under threat), but have outlasted their usefulness. Transformation is not about seeking to get rid of these parts, but it may be about unburdening them. This means seeking to identify when extreme emotion has attached itself to a part and has perhaps prevented that part from flourishing and being creative and confident. Anxiety is often compounded when we think too much about a social situation. Fears may be present that means we start to think of a negative reaction from others, possible rejection and, potentially, humiliation.

An experience of sudden and intense fear, as well as having physical symptoms such as a racing heart, rapid breathing, or an upset stomach may be associated with social events where someone fears a panic attack. There may be past emotional wounding associated with social events that have caused what might be termed 'developmental ruptures'. Pressure can mount if a social situation requires performing in some respect; being on a stage or making a speech. There might be a part that thrives in such situations, but there might also be a part that begins to feel terrified at the prospect of going to the event. Feeling pressure - whether the pressure to perform or to meet the expectations of others - can induce us away from the assured feeling of unconscious competence. Unconscious competence could be defined as when we have had so much practice with a skill that it has become 'second nature' and can be performed easily. Therefore, the skill can be executed while performing another task. We often associate skills with technical ability, but social skills are also hugely important in managing anxiety. If we think too much about a social event, we risk not being in the flow of just being ourselves.

The concept of internal voices, parts, or sub-personalities need not be pathologised. Patients who receive a diagnosis of dissociative identity disorder (DID), previously known as multiple personality disorder (MPD), from psychiatrists, are perhaps no different. It may be that their parts ended up being blown apart by the horrific trauma they suffered at some point in their development. They struggled to cope with the overwhelming nature of their trauma and certain vulnerable parts took on a hugely negative aspect.

Therapy may be about identifying parts or sub-personalities and perhaps locating energy in the body, as well as identifying the internal mental scripts associated with the different voices. Manifesting powerful qualities can help to overcome internal negative scripts associated with vulnerable parts. There may, for instance, be an inner critic that feeds a procrastinating part. Or, there may be a part that deliberately destroys or obstructs things in your life, what might be termed a saboteur. Learning to track these parts and how they came about can be a transformative experience.

Social skills are the skills we use to communicate and interact with others, both verbally and non-verbally, through gestures, body language, and our appearance. Social skills can be boosted when we identify an internal script that has ceased to be useful. Transformation is not about seeking to get rid of the troublesome parts but unburdening them. It could be that an extreme emotion had in the past grasped on to a vulnerable part and, almost like a virus, has driven that part on. The release of the burden allows these parts to thrive so that you can become confident, compassionate, and creative in social situations. Relationships can take on new meaning when you can tackle self-limiting belief systems and seek to overcome hesitations, fears, and resistances.

Noel Bell is a UKCP accredited psychotherapist in London who has spent over 20 years exploring and studying personal growth, recovery from addictions and inner transformation. Noel is an integrative therapist and draws upon the most effective tools and techniques from the psychodynamic, CBT, humanist, existential and transpersonal schools.