Low self confidence is often a hidden problem. Often it is compensated for by appearing confident, while inside the person is really struggling to feel OK in their own skin.

The way we feel about ourselves is often shaped by our histories and can be the result of an accumulation of past hurts. Often we unconsciously hold attitudes and beliefs about ourselves that become very self limiting. We don’t know where they come from, there may not be much evidence for them in the present, and yet they are hard to shake off.

For instance, the person who was bullied at school can find themselves feeling uncomfortable in groups now without being able to understand why, and feel frustrated that they are successful achieving adults and yet inside can feel fearful of how others may react to them.

Often other people are like mirrors to us. They reflect back to us who we are. As children we absorb this mirroring without being able to question whether it is actually true. Children don’t often see that their parents have their own insecurities that lead them to be critical of children, and they end up believing there is something wrong with them.

Unfortunately as adults people can often (without awareness) maintain the view of themselves from childhood and reinforce it by the way they respond. For instance it may be very difficult for someone to take compliments as they just can’t believe anything positive about themselves. Clearly this affects themselves and their relationships with other people.

Seeing a therapist can help make sense of the way you react so you can separate out old messages from the past, and have more choice over how you respond in the present.

Share this article with a friend
Article Tags
Low self-confidence

Find a therapist dealing with confidence

I'm going to explore how we have coped without our audience in the pandemic, for both professional and amateur...

A journey of the self

Have you ever wondered why you behave in certain ways? Why you may have certain ideas or thoughts throughout your... 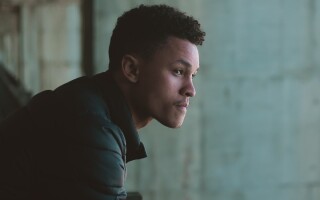 Everyone can feel they have made a mistake but when you feel that you are a mistake, you are experiencing shame...