Life after OCD and irrational thoughts 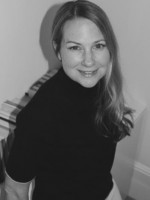 Mark* was not what you would expect. He was a warm, engaging, slightly uncomfortable man with great humour. Here was a deeply rational person struggling with Obsessive Compulsive Disorder (OCD)  and the irrational thoughts which marshal its behaviour. Mark was no longer able to work. The rituals which had manifested over a decade now existed as a compulsive daily routine which maintained a stranglehold over his life.

Yet Mark was and is a normal guy, with friends, a girlfriend, a social life, and a family. However, apart from his girlfriend most of those in his life had no idea of the battle he faced on a daily basis.Too often, OCD is misunderstood as being just a compulsion to be overly tidy, clean or to organise the "coke cans in the fridge".

OCD can feel like something huge, powerful and over which there is no control, in effect, it's an internal bully. Mark was constantly under siege, fighting the demands that his irrational thoughts turned into life or death choices on a minute by minute basis. He struggled with eye contact and felt vulnerable that by sharing his feelings would lead to him being seen that he "was crazy". He was far from it.

What it's often clear to see, is that the struggle leaves the person suffering completely exhausted. Mark was at that point, battle weary and ready to succumb and let "the OCD" engulf him. His response felt like grief, an image of lead weights dragging you dreamily to the ocean bed. He had no fight left, sometimes this is the very opportunity in the work, using the therapeutic relationship to act as a defence or a tool to fight.

Mark has been working for six months and yesterday, the temporary job he had begun was offered to him on a "full time and permanent" basis.

OCD, like many conditions, is a manifestation of anxiety. Mark lost his Dad at a young age. Many children who experience loss, including through separation or divorce, often wonder if they were to blame. He was no different. His dad's illness was not caused by Mark. The OCD seemed unconnected to his loss, it was decades previously and it was not the only factor but without a doubt it had been a catalyst.

There often appears to be a chink of light, a moment when the person wins against "the OCD" and this chink of light can be expanded. This is the place of hope and also opportunity to interrupt the behaviour and start to challenge the stranglehold. Yalom writes in 'The Gift Of Therapy' about the importance of testing out assumptions about what it is therapists do that the client feels is helpful. With OCD the fight is long, patience and care is required, it's also built on a "construct" belief that something bad will happen. That belief has to be challenged at some point when the alliance is strong enough to weather it, in order to create change.

* Mark is a pseudonym, I suggested Darcy

Helen Mayor has an MA in Integrated Psychotherapy and Counselling which allows her to work in a bespoke way which suits each individual and their particular concern. Helen is experienced in working with many issues including loss/bereavement, divorce/seperation, relationship issues, self-esteem/imposter syndrome, social anxiety/anxiety and OCD.… Read more