"Let it go"- three words that can be so hard

Sitcoms episodes have centred around it. Songs have been written about it. Articles, advice columns, posters, memes… it seems as though we are constantly being encouraged to "Let it go". Letting go seems to have become one of well-being’s central themes and, we’re told, fundamental to achieving a balanced, peaceful way of proceeding through life. But what does it really mean, and why is it so hard to do? Because, as simple as those words are, it can feel at times hard, and I wonder if it were easy, would it have aroused such a huge body of energy around it? If it were easy, wouldn’t we all be doing it as a matter of routine?

Letting go implies that there is something in hand, being gripped, that needs releasing. And perhaps that’s where it gets complicated. Perhaps that’s where the difficulty lies - in our relationship to whatever it is that we’re holding. Some things are rather more insinuating and more deeply penetrating and our grip on them (or their grip on us) could be experienced as relentlessly tight and unyielding.

Letting go also seems to have a relationship to time, to what is being lived within the present that, as it moves into the past, cannot be allowed to age: it seems to stay current and with us. It might alter in tone or flavour. It might evoke different feelings or responses in us, over time, and yet it stays. 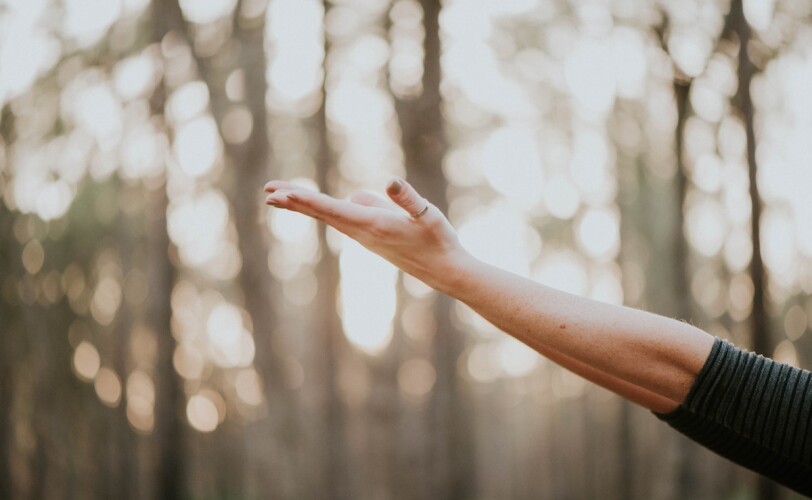 Letting go of something sticky can be hard. And having that foot in the past can make it difficult to allow a future to freely draw us into it.

I wonder if what we’re really talking about when we say “Let it go” is the process of taking something that is challenging and finding a way of being with it that’s acceptable to us. Of course, what feels challenging or acceptable is very individual, and so maybe this is one reason why letting go can be easier in some contexts than in others. What is easy for some people to release may not be for others.

This could flavour the whole dynamic between the voice saying “Let it go!” and the ears hearing those words. When someone says “Let it go” to us, a part of them might be saying “I’m uncomfortable with your discomfort and I want to insulate myself from it because I don’t like it. So if you let it go, I can too!”. I wonder if when we tell ourselves to “Let it go” there isn’t a part of us that is trying its best to insulate against the pain or discomfort of being with whatever is challenging us. What happens for us when we can’t let go? How do we see ourselves then? What might that voice advising us sound like?

The process of making sense of something that we’d rather not have in our cache of experiences, and the feelings around them, can take time. It mightn’t be something we can just put away or distance ourselves from or let go of in an instant. Perhaps letting go doesn’t mean expunging or erasing - much as we might want to do that, and much as we’re encouraged to do so. Perhaps it’s more about integration and growing around.

There might be something important around being accompanied through this - finding that what we want to let go of and our inability to do so aren’t overwhelming to another, as it might at times feel to us. Being supported as we explore familiar dynamics and meaning around letting go can lead to an understanding of our grip. Understanding how our grip is generated can help loosen it; understanding can help create a way of being with it that is based on choice and compassion rather than historical pattern and a sense of being stuck with the holding on.

Exploring the process around letting go - or holding on - therapeutically could help lay the foundations for a different way to move from the past into the future and a different way to decide what it is we are taking with us - and how we want to carry it. Working with a therapist could be really helpful.

Merri Mayers, an MBACP registered counsellor, works near Cirencester, Gloucestershire. Merri is an integrative therapist employing the most effective aspects of person centred, gestalt, psychodynamic, systemic and TA models. She works relationally, understanding that how we engage with others can illuminate how we see and feel about ourselves.