Is the UK ready for 'radical honesty’? 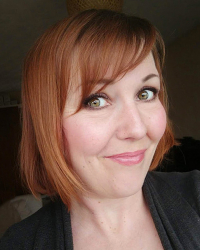 The radical honesty movement, which teaches a method of ‘full disclosure communication’ aimed at promoting authenticity and genuine connection, was first popularised in the US by Fritz Perls trained Gestalt Therapist Dr. Brad Blanton in his 1996 bestseller ‘Radical Honesty’. Dr. Blanton’s book, which has now been translated into 15 languages, has generated a community of practitioners and teachers worldwide who see the practice of radical honesty as the solution to a modern society suffering from low self-esteem and desperate to maintain a positive self-image.

At the time of its publication, the book attracted a large number of curious readers, as well as a slew of interviews and articles about the potential consequences of total transparency, but until a few years ago ‘radical honesty’ had remained a largely US-based concept. In the last three however, the sales of Dr. Blanton’s book have more than doubled worldwide, with workshops that previously only happened sporadically in the US occurring regularly in mainland Europe. It seems that people everywhere are finally waking up to what the author calls the “the major source of all human stress” - lying and withholding.

‘Well OK, that’s all very well for Europeans’ I hear you say, but here in the UK we have a reputation for keeping our thoughts and emotions to ourselves. The famous stiff upper lip and stoicism that our parents and grandparents liked to term ‘The Blitz Spirit’ means that sharing our feelings and insecurities has - for a lot of us - a strong cultural story attached about weakness and being burdensome to others. Externalising our inner dialogue and potentially appearing out of control or (god forbid) emotional in public seems inherently non-British, and as such not something we would want to encourage. But with adult medication of depression and anxiety reportedly at eye-wateringly high levels, feelings of isolation leading to self-harm, and suicide a serious concern in our schools, maybe it's time we considered as a nation some more effective ways to genuinely connect with each other.

I imagine we’re all pretty familiar in the UK with the concept of ‘withholding’: the act of keeping to ourselves information that we think might cause a negative reaction in another person. We might have a story that we’re avoiding conflict or hurt feelings (inherently British traits) but consider the possibility that, by withholding our true thoughts and feelings, we are actually withholding ourselves from the person we’re speaking to, instead creating an idea of who we truly are that we want them to “buy”. We tell ourselves we’re protecting others, but is the real story actually about our own ‘protection racket’? How much fear and anxiety do we create for ourselves as a result, worrying about being ‘found out’ for the mean-spirited, jealous or petty human beings we believe we really are for thinking such things?

So enter ‘radical honesty’, a communication method which works on the principle that verbalising our fearful thoughts and insecurities, as well as sharing how we are feeling physically in the moment, explodes our carefully constructed self-image and promotes genuine connection with other human beings. Encouraging an awareness of physical sensations in our bodies is already a familiar concept of mindfulness of course, where we’re also taught to ‘notice’ but not attach ourselves to our thoughts. What radical honesty adds to this practice though is the action of reporting these ‘noticings’ to the outside world, specifically to the people we want to make connection with.

In order to make this genuine connection though, we must first be willing to be vulnerable, which can feel like a terrifying prospect, and when I say feel I mean just that. The sensations we experience as we scare ourselves about saying what we really think are powerful ones. We might experience nausea, a churning in our stomachs, sweating, throat clenching, shaking, and all while we’re internally telling ourselves ‘no no I can’t say this out loud, this is a bad idea’ and desperately trying to make those physical feelings stop. Our brain tells us that the sensations we’re feeling are awful ones, that our life is maybe in danger if we continue, increasing the anxious story we’re already telling ourselves about revealing the truth.

Working on the Jungian idea of ‘what we resist persists’, radical honesty suggests that instead of denying and pushing away all those physical sensations we instead just sit with them and notice if they change, as we describe out loud the sensations we feel as well as our thoughts. This whole process might sound a little like this:

“I’m making myself scared about telling you something, and I have a story that you will hate me when I tell you. And I have a churning feeling in my stomach right now, and I notice my hands are shaking and my throat feels tight.”

This honest reporting of our internal monologue and physical sensations gives the other person all the information they need about what’s going on with us. They know that we’re scared, that we fear their judgement and how that feels in our body to us, and this information - which contains no blame or accusation - is everything they need to create a sense of empathy. Phrases like “I know what you’re thinking” or “I know you’re going to hate me” - assertive imaginings about how the other person feels - do the opposite of this. Reporting only what we see and hear, and our thoughts about them as imaginings rather than facts, removes the possibility of ‘knowing’ what the other person is thinking, and forces us to take responsibility for what we’ve assumed instead of actually asked about.

Therapists see a wide range of clients, varying in age, from all kinds of backgrounds and with a host of different issues, but I imagine one of the universal sources of pain is disconnection. Whether it’s isolation from extended family, a partner, a community or most often from the self, the person’s core wound is often described in a very similar way:

“I feel like nobody really knows the real me.”

To be known, to be seen as we truly are - warts and all - and accepted and loved, I believe is what we all, Brits and the rest of the world alike, deeply desire. Hiding our true thoughts and feelings behind a mask, constructing a Facebook-style profile of who we feel we really should be, seems inherently counter productive to achieving that goal. Withholding to protect feelings and avoid conflict can seem like the kind, sensitive thing to do, but ultimately what is the cost?

Being ‘radically honest’ with people in the way that Dr. Blanton’s book and teachings prescribe doesn’t avoid hurt feelings or conflict, but what it does do is create intimacy and deep connection between people. In a society where so many of us feel isolated and alone, and worry so deeply about damaging our image in the eyes of others, I for one am willing and excited to embrace the very un-Britishness of it.

As well as working one-on-one with clients using traditional counselling models, she is also committed to promoting and educating others in the practice of 'Radical Honesty'. She became the first officially certified RH trainer in Britain in February '17.… Read more