Is going 'cold turkey' right for me?

The symptoms of going ‘cold turkey’ are dependent on varying factors from your level of alcohol consumption and how long you have been drinking for, to your current health condition. So, there really is no easy, one size fits all answer in terms of how someone will react to going cold turkey. 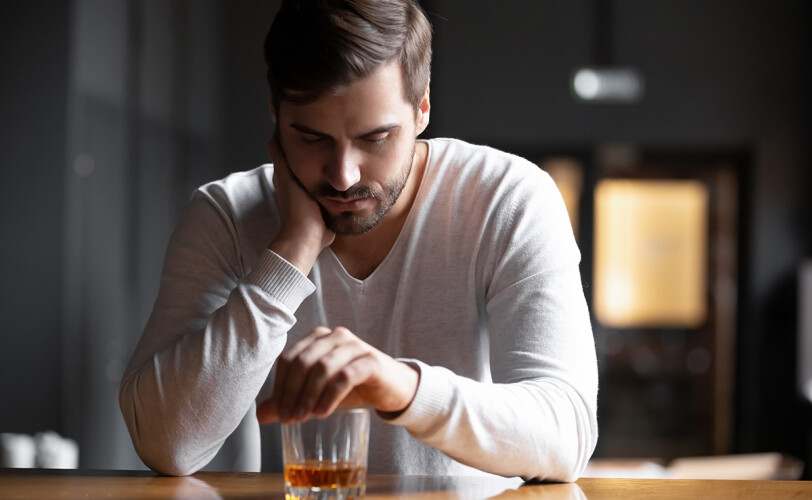 Withdrawal symptoms can range from slightly frustrating, through to very severe and in some cases even life-threatening, depending on the level of ‘chemical dependency’ you have built up. Heavy daily drinkers may well have developed dependency, but so may those that drink irregularly but heavily as well as those that drink regularly but are more moderate in their consumption level.

For those where the level of dependency is less but still apparent, mild symptoms may range from getting the shakes, sweating, nausea, anxiety, increased blood pressure and heart rate, headache, insomnia and agitation. Even what gets referred to as the ‘morning after’ hangover is a form of alcohol withdrawal and can arrive literally within a few hours of not drinking. These symptoms can also be accompanied by cravings which make the need for support even more important if we are to stop drinking.

Where alcohol dependency is more entrenched, more serious symptoms may occur. This can happen as quickly as six hours after stopping consumption but may take up to a few days. This can, on occasions, involve hallucinations, usually visual but can also involve sounds and smells too. Seizures and convulsions are also entirely possible, as are what are referred to as the DTs (Delirium Tremens). This can involve profound confusion, hallucinations, cardiovascular disturbances, disorientation and hyperactivity all of which can be dangerous and, in some cases, even life-threatening.

Because of this, when dependency exists, it can be hugely important that people reach out for the appropriate support before just going ‘cold turkey'. The proper medical treatment does exist and can help alleviate if not eliminate many of the symptoms. It can also be hugely beneficial in terms of maintaining abstinence once stopped. The emphasis for someone who is struggling with alcohol dependency and wants to stop, is to speak with a professional about how this can best be facilitated and supported.

But all too often people don’t reach out or wait until things get to crisis point before doing so. The reasons for this can be numerous and complex. They may range from practical issues such as not knowing who to speak to, concerns about cost or the practicalities of how to access a service. Through to issues about the perception of self-worth i.e. I’m not worthy of support, no one can help me or perceived stigma around alcohol dependency.

Whatever the reason for not reaching out previously or your concerns about doing so again, there are confidential support services available to help. This may involve counselling services like Hope Therapy, through to your local doctor or a local or national alcohol support service.

Hope Therapy has also written the following connected articles, which may be of interest to you:

‘How to talk to your partner about alcohol consumption' which looks at the questions of how to talk to someone we are concerned about having an alcohol dependency.

‘Talking to people about your addiction’ which looks at things from the perspective of how to have a conversation, if you have a dependency.

Ian Stockbridge is the founder and lead counsellor at Hope Therapy and Mindfulness Services.

As an experienced Counsellor, Ian recognised a huge societal need for therapeutic services that were often not being met.

As such 'Hope' was born and currently offers counselling and therapeutic support throughout the UK and abroad via Zoom.