Searching for a specific Counsellor or Therapist? Try our advanced search
Internet addiction

The internet may seem like an ever present effortless universe. In using the internet you may feel that you have control over your world and others’. In the internet universe you are less likely to experience criticism, it seems like a world without rejection and where the boundaries between fantasy and reality become blurred. The individual’s relationship to the internet can be viewed personally, interpersonally, socially and culturally.

The generational difference between infant and parents, where the parents reassure the infant: ‘One day you’ll have a partner of your own’, indicates an unconscious incestuous desire to love a parent, and in the case of heterosexuality, the parent of the opposite sex. As our basic desire is to love. The male addicted to pornography of women somehow can’t escape the mother’s seduction.

Psychologically, pornography may be considered as a symptom, a compromise formation, regulating self-esteem and aggression. An addiction to internet pornography may indicate a failure in the early infant-mother relationship where fantasy takes the place of the delayed gratification of reality.

Internet pornography, chat room or mobile communication, may often be a male adult addiction, representing an attempt to regulate aggression.

Internet addiction to watching pornography at work, involves a deceit, risk taking, heightened excitement and the fear of being found out or caught. When not caught there may be a sense of omnipotent triumph of not being caught, by the Father, or by work colleagues. It may seem that women on the internet are always ‘up for it’. It may seem sad that the individual, using the internet, seems to borrow the other’s fantasy rather than having their own fantasy.

The phallic internet may reinforce an Oedipal heaven where the infant feels omnipotent and all-powerful. The Oedipal Mother and Father, the infant’s King and Queen, where the infant girl becomes Father’s Princess, but the infant boy fears castration by the Father. Sublimating violent feelings may lead to feeling castrated and impotence.

Whereas the internet offers instant gratification, can we bear feelings of disappointment without feeling it to be catastrophic? Can an omnipotent orgasm be experienced without shame or disgust following delayed gratification?

Since 1996 I have been enabling Individuals and Couples to cope better with their anxiety,  and  feelings related to bullying, depression, divorce, gambling, incestuous desire, infidelity, promiscuity, narcissism.     As well as addictions and compulsions, quick to ange...

Chatroom addiction: When does it become a problem?

How much time each day do you spend in chatrooms? Do you find you stay on late at night? Or frequently check...

As the COVID-19 crisis has unfolded, regularly published figures show that the viewing of internet pornography has... 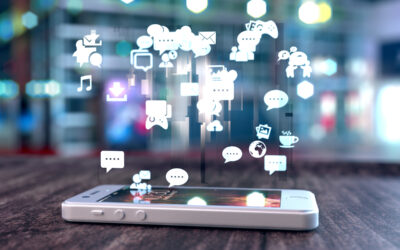 Is social media and technology affecting my relationship?

We share six ways tech may be impacting your relationships.