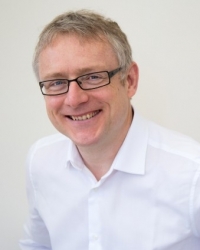 Veteran American therapist Bill O'Hanlon observed at the start of his book Change 101, "if one considers human history, one can quickly discern that there are two main things that motivate human beings: Things they want to avoid or get away from and things they desire or want to go toward".

Start by identifying the behaviour(s) you want to change e.g. overeating, avoiding going out. Then think about the one thing that, if it were missing from your week, would make life intolerable, unbearable e.g. time with friends, your mobile phone or a Saturday night take away.

Thinking about the behaviour you want to change, set yourself some realistic, achievable and positive goals that in their achievement would make a real difference to you. Choose a time period e.g. a day or week, and then work towards achieving your goal(s). At the end of the day or week, hand on heart, decide whether you have earned your reward – or not. If you achieve your goal(s) or are just proud of your efforts then you get to keep your reward. If, hand on heart, you decide that you could have done more, then you lose your reward (for a short period of time).

An alternative is for the carrot and stick to be two separate things e.g. a meal out as reward, doing the gardening as punishment. As long as the reward and punishment is meaningful to the individual then either approach can be effective.

The effectiveness of this approach lies in linking the decision to engage or not engage in a negative behaviour to something you want to gain and something you want to avoid. Knowing that repeating a negative behaviour now comes with additional and undesirable consequences changes the context of someone’s decision making. Like counting to 10 when angry, so the anticipation of the carrot or stick distances someone from the behaviour; it buys them time and space to more fully consider what they want to do by weighing up the pros of new, positive behaviours and the cons of old, demoralising ones.

It is an approach to life that is as old as the human race, but one not always used by therapists.

Here is a case study: Helen has obsessive compulsive disorder (OCD) in the form of the obsessive checking of her work for mistakes. She never completes any work because of her checking. Helen decides that her carrot, her reward if she checks her work three times or less will be a cup of green tea. She decides her punishment for checking four times or more is to hop up and down on one leg a hundred times. Helen endures her punishment just once. It is enough. Helen no longer obsessively checks her work and enjoys regular cups of green tea.

"Introducing a small crack in the dam and letting the natural force of the water create a bigger and bigger crack until large change happens." Bill O’Hanlon

I work as a therapist and coach in business, Higher Education and private practice. I am interested in why people change and it seems that many people are not willing to forgo what is important to them by continuing self-defeating behaviours.

As a Human Givens therapist I make good use of client resources, including carrots and sticks.… Read more

Located in Leicester and Loughborough.