How do we tell whether we are right for each other?

One of the questions I get asked is: 'How do we tell whether we are right for each other?' There is a quest for a formula or a gauge when everything feels so confusing and so much rests on the decision to stay together or part.

So what draws couples together in the first place? Physical attraction? This is not shallow or to be trivialised. There is a whole world of information exchanged in the first look the meaning of which is mostly out of our awareness. Then from the first conversations we learn things that excite us about the similarity (we both like the same music, we share beliefs, we laugh at the same things) or by difference ('I have never left home - you have lived independently since 18', or 'you phone and pursue me - I'm too scared of rejection to do that').

Unfortunately some of the things that are so attractive to us - 'You are so good in company' - we end up punishing each other for 'why do you always go off and leave me? The attraction may have been the hope that the quality would rub off on us and we would develop the confidence to 'work a room' when in fact what may happen is that we get even shyer.

The little vignettes that couples describe of their first meetings are telling. When I first met my husband he asked to see me home. As we were leaving he needed to use the loo. He gave me his car keys to look after to make sure I would still be there when he came out. I couldn't believe he would trust me with something so essential to him and was flattered that he took the risk and I was hugely impressed by his ingenuity and daring. It didn't occur to me until later that he may have had girls run away from him before. 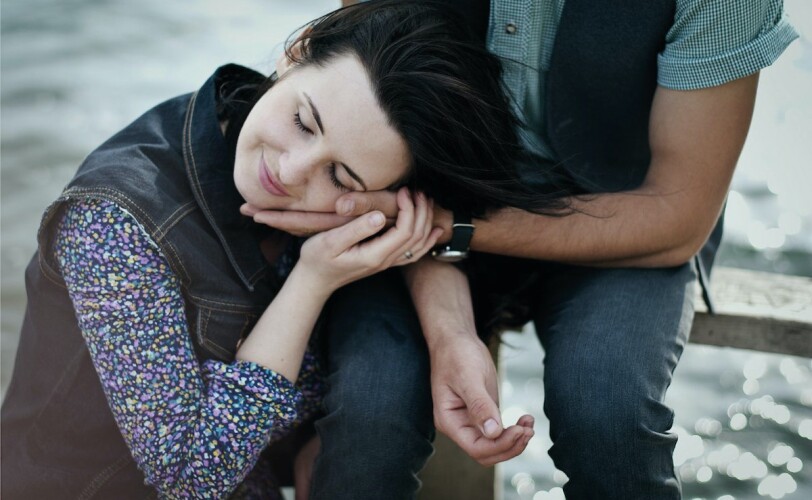 When I was training one of the text books was called “Marital Tensions” by Henry V. Dicks. It was heavy going and took a lot of dedication to get through, but it was worth it to find the jewel in the piece. He talks of three major levels that have importance in maintaining the couple over different phases.

The first and most public is that of the socio-cultural which includes class, religion, education, race, age etc., and so the couple may be united by shared identification through background and social status and values.

The second is that of personal norms, conscious judgments and expectations, personal views, habits and tastes. This is where the pushes and pulls of demands on the partners for role performance are tested.

The third Dicks calls 'the unconscious forces' flowing between partners forming bonds of a positive and negative kind. This is where we locate the drives towards satisfaction of earlier needs which have undergone exclusion from awareness. 'Chemistry' is perhaps an easier concept.

Dick's idea is that we need to have credit in at least two of these aspects. So, an arranged marriage may have (1) and (2) but not necessarily the chemistry, or the social affinity (1) with a deep connection or chemistry (3) can withstand strong divergencies in personal norms and tastes, as can personal norms (2) and chemistry (3) withstand cultural differences.

Reality testing may prove to one or both partners that the relationship was based on only one of these levels, and give an explanation for the lack of satisfaction.

It is more likely that you will find one or even two areas where you were more in tune with each other originally, but life has moved on. You and your partner need to be frank about what was there and what is missing and see the changes you both want.

There is the possibility that one or other of you have changed and to stay would mean stiffing yourself as a person, but many couples will tell you that they have been to the brink and struggled through a rough and uncertain time and have 'found' each other again this time in a deeper way.

I am Brenda Clowes and I work mainly with couple problems.   I trained originally with Relate in Marriage Counselling, adding Sex Therapy and Infertility Counselling qualifications. Deciding to come together is a big first step but if your partner is uncertain or unwilling to come I will see yo...