How can the role of resistance be best understood in organisational change programmes? 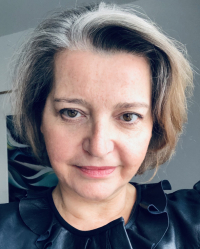 Drawing on a critical examination of both theory and empirical evidence, how can
the role of resistance be best understood in organizational change programmes?

Resistance to change is the expression, within the whole organization field, of a powerful and complex energy which can be both destructive and creative and which
plays a crucial part in constantly evolving corporations. Metaphors, combined with psychoanalytical theory, could be an effective way to understand the conscious and
unconscious reasons why resistance occurs, from all angles, and how its transformation can contribute to the change process.

This article is constructed on the basis that organizations, as with the people who form them and everything in existence in our universe, are complex nonlinear adaptive systems (Morgan, 2006; Dent, 1999), combined with field theory notions (Lewin). The amplitude of this definition may suggest a discursive post-modern approach. I will take this stance while exploring the subject matter through the concept of metaphors. I will however combine this view with psychoanalytical theory, within an interpretive paradigm, in an attempt to look at both conscious and unconscious resistance.

This paper starts to explore whether this multidimensional perspective could be useful in understanding the part that resistance plays in change programmes and the deeper meaning of resistance to change in organizations. It also questions whether further research combining the concepts of metaphors explored from a practitioner or academic point of view (e.g. Morgan; Sackmann; Cornelissen), in conjunction with a psychoanalytical perspective (e. g. Lacan; Jung; Freud), could contribute to a more holistic vision of the matter.

As Eisenhardt (2000) mentions, the paradox of coexisting tensions creates an edge of chaos and the resulting ambivalence allows a pluralistic vision to emerge. In fact,
resistance to change could be renamed as "reaction to change", in an effort to remain neutral and in order to include positive as well as negative impacts. In this instance, it is
interesting to point out that insightful and well intentioned debates, criticism or disagreement, do not necessarily equate to negative resistance but rather may result in better understanding as well as additional options and solutions (Bolognese, 2008.)
Political mechanisms within organizations as well as, for example, governments, often function on this basis, which contributes to democratic decisions. Fleming (2005)
emphasizes the epistemological importance of metaphors for visualizing political activity.

Intentionally or not, people commonly make sense of the world through metaphors. Their use can be seen within all paradigms. From a cognitive point of view, the main ideas behind the use of metaphors are: to render vague and abstract ideas concrete, to transmit a large amount of information holistically and principally to trigger a perceptual shift (Sackmann, 1989). More than just communicative or rhetorical tools, metaphors can be used creatively and can help to gain profound new insights and
conceptual advances that were previously inconceivable (Cornelissen et al, 2005).

Metaphors have already been explored as a way to identify resistance to change and unearth emotions associated with change (Broussine & Vince, 1996). Palmer et al
(1996) highlighted the ontological and epistemological conflicts within organization theory, in relation to metaphors, and they attempt to re-conceptualize their use in the
field of organizational change. More recently, Cornelissen et al (2005) produced an empirical paper aiming at identifying the heuristics that have been used by organizational researchers in developing and selecting metaphors.

I suggest that psychoanalytical theory, being by nature highly symbolic, could provide a solid basis for the use of metaphors, while respecting the infinite variety of the concept. It seems difficult to reach a higher level of success in oganizational change programmes without understanding the profound meaning of reaction to change and how unconscious internal conflicts are being reenacted within the organization. In a review paper, Gabriel & Carr (2002) expose how Psychoanalysis has been productively applied to organizational studies. Since the work undertaken by the Tavistock Institute, Psychoanalysis has triggered an increased interest amongst academics (cf. bibliography)

Through this lens, it seems clear that people at all levels of organizational life certainly resist change because they use familiar existing arrangements to help protect themselves against the anxieties stimulated by membership in group life (Krantz, 1999).

An in-depth analysis of resistance to organizational change through psychoanalytical theory and a comprehensive exploration of working environment metaphors would go
beyond the scope of this paper. To give some examples however, it is possible to say that, in psychoanalysis, the compulsive act has a metaphorical meaning with respect to something previously repressed, against which the subject continues to defend him or herself (Arnaud, 2002). Resistance can be seen as a result of this compulsion. In a recent call for paper, Contu et al expose Lacan’s suggestion that conscious constructs are based on an imaginary and a symbolic order in which the subject can know itself and fulfill its desires. Such order is constantly disrupted and the constant struggle is to face up to that “lack” and the failures of our imaginary and symbolic constructions. Metaphors could help a better symbolic construction and this could have a positive impact on resistance in organizations. Lacan says that there is a fundamental “lack” (manque) in all human beings, which creates impulsive desires to compensate as well as the need for “jouissance”. Resistance could occur when the objects of jouissance used as compensation, are in danger due to an external or situational change. Zell (2003) uses the metaphor of death and dying and explores the psychoanalytical concept of loss and bereavement as explained by Kübler-Ross (2007) to understand resistance to change within the organization. Based on a ten year longitudinal study, Carr (2002) gives empirical evidence of the benefit of Jungian analysis for the organization, mainly through the mirroring stage metaphor. Jung's theory of the collective unconscious and archetype metaphors would deserve further investigation with regard to its potential application to reaction to change at the organizational level. Metaphorical analogies related to theatre are quite widespread in organizational behaviour. Based on Kleinian and Lacanian theories, Binalet (2007) uses Shakespeare’s Othello to explore how workplace envy can cause organizational dysfunctions, which resistance could be a part of.

In a recent comprehensive study, Stavrakakis (2008) explains that psychoanalysis is usually conceived as limited to managing individual suffering and to theorizing individual identity. As a result, Psychoanalysis is often excluded from or marginalized
within discussions of the field of organized social and political experience. Stavrakakis (2008) confirms that it is a misunderstanding, as Freud and Lacan have devoted
considerable energy in highlighting the inextricable dialectic between individual and group life.

However, I believe that it is important not to view an individual humanistic approach as reductionist, and rehabilitate the importance of the emotional and psychological process without pathologizing it. Arnaud (2003) makes an interesting attempt to combine prescriptive or traditional coaching with a psychoanalytical approach. In fact, psychoanalytically inspired coaching is not prescriptive as such. It offers a very
different methodology from the classic strategic approach to resistance, by giving to the resistant agent the power of understanding and shifting the resistance himself/herself. It is an intimate and empowering process which not only relies on external sources of learning but in this instance, goes far beyond traditional organizational development techniques. Ideally, the newly acquired agency could allow everyone within the organization to become a competent change agent and to establish their relationships with other employees at all levels in a more authentic manner rather than on an imaginary stage (Arnaud 2007) defined by unconscious patterns. It is important, however, to remain within the boundaries of the counselling or organizational development consultancy, without engaging in a psychotherapy which may not be desirable for either the employees or the company, particularly as psychoanalysis is a very specific theory requiring years of training and few practitioners are familiar with its complexity. Rotenberg (2000) argues that executive coaching and psychotherapy are highly distinct paradigms, though their methodologies overlap.

To this day, no single theory provides a comprehensive account of how people understand all kinds of metaphorical language (Cornelissen et all, 2005) and I question whether such a theory would be beneficial, as it would risk putting counterproductive limits on the concept of metaphors. However, handling such complex and powerful tools without solid foundations can lead to confusion, error and misunderstanding or even oversimplification. Provided that further research be undertaken, the use of metaphors set within psychoanalytical theory and aptly adapted to its application within the organization, could promote creativity and deeper understanding without losing ground. I believe that this combined knowledge could help the dynamics and suppleness of organizational action and as a result, reduce irrational resistance to change and make productive use of reactions towards change.

Published in "Counselling at Work"