Exploring how Prejudice can Impact on Therapy with Older Adults 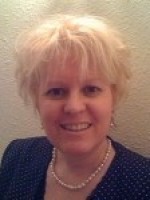 [1]'Evie', a student counsellor, had recently joined the supervision group and had been given the agency’s assessment report for her first client. She read aloud to the group from the report:

‘…an older client,’ our psychodynamic Supervisor observed, ‘and a male one to boot.' 'A rarity’ she said, with growing interest, ‘we have so few…’

‘Yes,’ Evie continued, ‘I spoke to his wife on the ‘phone and she is going to drive him here because he is not very mobile and he uses a wheelchair...ahh, poor thing.’

Hearing this, the Supervisor’s expression changed and she snapped at Evie: ‘I am 82 next week and I certainly don’t want any pity from trainee Counsellors…’

She took a deep breath and then, in a calmer voice, the Supervisor said that she felt a bit like Freud in feeling that ‘old’ was always the age just above one’s own. At just 49, Freud dismissed the over-50s on the grounds that:

‘the elasticity of mental processes, on which the treatment depends is, as a rule lacking – old people are no longer educable.’ Freud (1905).

But seriously, she said, considering oneself, or our clients, as ‘old’ or ‘too old’ could lead to self-limiting beliefs such as that:

The nature of prejudice

Prejudice involves holding a preconceived preference, idea or conviction that is unreasonable and not informed by the facts of the case. It is an unfounded belief or pre-judgment that is resistant to rational influence. Prejudice refers to attitudes, while discrimination focuses on behavior.

The term is popularly used now to refer to preconceived, usually unfavorable, judgments towards a person or people because of their gender, age, disability, faith, sexuality and race/ethnicity or other personal characteristics. When used in this way, prejudice refers to a positive or negative evaluation of another person based on their group membership and may be based on suspicion or hatred of a particular group.

The definition of ‘ageism’ that has become most widely accepted now is that it is prejudice and/or discrimination against older people based on the belief that ageing makes people less attractive, intelligent and productive.

Linked to prejudice is the idea of the ‘stereotype’. Stereotypes are cognitive structures through which people store beliefs and expectations about the characteristics of members of social groups. Stereotypes and prejudice arise from this automatic and rather static categorisation, storage and recall system and in many cases the system will be inaccurate and out-of-date.

Of course, the Agency has no upper age limit for clients and has comprehensive operational policies to promote equality of opportunity.  But historic concepts about ‘withdrawal’ and an over emphasis on youth in the collective consciousness create barriers and serve to encourage older adults to become invisible in society.

It can be really difficult not to absorb the negative ‘ageism’ that permeates all aspects of our society because they are so prevalent and almost socially condoned. 'Evie', when she first read the assessment report, almost ‘infantilised’ Ted; this makes one acutely aware of that awful tone of voice that some health care professional adopt with older patients as if they were talking to a child: ‘are we ready for our bath now my love?’. Respect, human rights and dignity and ensuring integrity in the practitioner-client relationship are important lessons to take from this scenario.

Susan Fiske (2013) believed that there was evidence that our ageist stereotypes have ceased to be merely ‘descriptive’ – ‘describing what older people allegedly are,’- and have become ‘prescriptive’ stereotypes that ‘attempt to control how older people should be.’ We may be witnessing a shift from prejudice (which was bad enough) to something more akin to ‘social coercion’.

The work of Susan Fiske was discussed at a meeting of the Association for Psychological Science in May 2013 and subsequently described by Wray Herbert in the Huffington Post as ‘The New (Malevolent) Ageism’. The continual focus on an ageing population and the statistics that predict the proportion of us who will be over 65 [2] in the future, suggested that older people will, or have already become, perceived as either a burden on health and public services or an economic threat.

Similarly, research from KPMG, reported by Churchard in the People Management Magazine (July 2013), warns about ‘Age Warfare’ and a growing resentment in the competition for too few jobs as older people remain in the workforce for longer.

Fiske identifies three new stereotypes that she believes will be fueled by ‘scarcity’:

Fiske predicts that younger people will become punitive against the violators of ageist social norms and more rewarding toward older people who comply with ageist stereotypes. Whilst, at this time, these remain largely just predictions of impending social pressures, Fiske has already presented some preliminary evidence to suggest that these new stereotypes are taking hold in America.

As they consider the consequences of these predictions, the supervision group reflects on how these new stereotypes might impact on their work with older adults in the Agency.

The final counsellor in the group, who has not yet spoken, says she has been reading, with interest, the recent Mental Health Foundation report ‘Getting on… with life’, a review of ‘ageing well’ focusing on the so-called ‘Baby Boomer’ generation, a cohort of which she is a part. She says that this review comments on government policy which ‘fixates on age-related decline’ and the growing ageing population.

An interesting Therapy Today article written in 2008 by Eleanor Patrick entitled ‘Older, wiser and unlikely to be present’ discusses the lack of training for counsellors for their work with older clients and the lack of health care resources available for older adults. Patrick also draws a comparison between two main and mostly opposing views of ageing and the psychological treatment plans that would follow.

The first view is about endless losses – retirement, reduced social engagement, failing health, dependence, dementia and disability. The treatment plan is all about coming to terms with loss. The second view is about older people becoming a mature resource with a wealth of observations about life and how humans behave and interact. The treatment plan here is to use the maturity of older clients as a source of strength and use this to cope with the challenges of later life.

Despite the ageing population, a disproportionately low number of older clients are going to, or being referred for, talking therapy. This is the case despite research conducted by Levy et al (2002) that has shown that older people with more positive self-perceptions live 7.5 years longer than those with more negative ones. The counsellor informed the group that the Agency Director had just secured some additional local authority funding for our work with older clients and suggested that we discuss how we could attract more of these clients and avoid our own ‘psychological defences’.

The supervisor laughed and said; 'as I am psychodynamic I claim psychological defences as my territory!' She explained that there is a view that the client’s age can be an important factor in the nature of the transference and that therapists themselves may struggle to acknowledge the infantile needs of an older client because of an unconscious fear of their own perceived dependence as they grow older, or they may have unconscious concerns about the needs of an older family member.  But, she said, this is unlikely to be the main reason why older people are significantly under-represented in this Agency and as users of talking therapies in general.  She said that there were fewer referrals from GPs, low expectations of treatment and stigma around mental health issues, ‘being on medication’ and seeking help.

The counsellor says that she feels that they should do more to encourage older people to consider therapy and suggested a range of options such as:  better contact with GPs and awareness raising through other services.

The Supervisor thanked the group for a fascinating discussion and said that she would like to conclude with a short summary.  She said that they had explored the nature of prejudice and social coercion and how they impact on work with older adults. Self-limiting beliefs have been identified, how age is used to categorise people and how ‘ageism’ restricts the access older people have to therapy despite the fact that the Agency has no upper age limits for therapy.

It is important to continue striving to avoid the ‘descriptive’ ageist stereotypes with which we are all familiar, and to be alert to any new ‘prescriptive’ ones that seek to control how older people should think and behave. One should always be conscious of the negative impact of the current political debate that characterises the ageing population as either a ‘threat’ or a ‘burden’ on society rather than a valuable asset. And finally, one should recognise the contribution that talking therapies can make in helping older adults deal with the challenges they face; whether they see later life overall as a series of losses or the source of greater maturity.

[1] Counsellors, Clients and scenarios are all fictitious.

Herbert, W, (2013) The New (Malevolent) Ageism.  Wray Herbert reporting from the 25th annual convention of the Association for Psychological Science in Washington, D.C.

Charlotte Thomas is a qualified person-centred counsellor working with individuals and couples. She has a private practice in West Sussex.

She has been writing a series of articles using the characters from the 'The Archers' as her inspiration. Here she explores the experience of grief and loss following the death of an attachment figure.… Read more