Do you know what your core emotional needs are and are they being met? Part 3 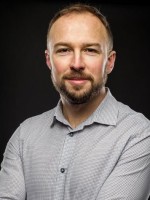 Imagine this for a moment. You are someone who rarely puts yourself first. More often, you are focused on what other people might want or like best. As a parent, you hardly ever take any time for yourself. As a partner, you let your other half make decisions about what you do and when you do it. In your family relationships and friendships you are often just going along with what others say and do. You rarely express your opinion clearly or openly.

If this were true, why would you do this? Most of the time, people do this because they are either afraid of upsetting other people or they don’t want to feel guilty from thinking of themselves as selfish. In some circumstances, a person is unable to recognise at all what they like or need. This could be that they are so pre-occupied with gaining other people’s approval and attention they believe that unless other people provide it, deep down, they are not a worthwhile person.

If you recognise some of these feelings and behaviours in yourself, then you may be stuck in a life-trap theme of remaining too focused on other people. This excessive focus on other people’s wants and desires prevents you from being able to acknowledge and express your own valid needs and emotions.

How does this develop?

In the main, these problems are born out of family origins. They are born out of an environment where conditions were placed on your acceptance. For example, you might have only been shown love and affection if you avoided expressing your anger. You may have been ignored when you felt upset or cried because you were sad or frightened. Your parents either refused to or were not able to attend to your own wishes. Instead, they reacted harshly towards you or were only interested when you did something that met with their approval.

There are three types of life trap that fit within this domain of being too focused on other people. They are subjugation, self-sacrifice and approval-seeking/recognition.

Subjugation is a problem that describes a pattern of letting other people dominate your behaviour. When you subjugate, you surrender control to others because you feel coerced. You are worried that unless you do what they want, they’ll either punish you or abandon you. You can surrender to others over both your needs and your emotions. If you have this problem, then it is likely that you’ll rarely express anger for fear of retaliation.

Self-sacrifice is different from subjugation in that the excessive focus on other people’s needs is voluntary. Here, people try to help others at the expense of taking care of themselves. Frequently, they are motivated to alleviate the pain and suffering of someone else. Whilst this isn’t bad in and of itself, it can be a problem if you do it to avoid feeling guilty about putting yourself first. For example, you avoid buying yourself something, watching what you want on TV or taking time to do something for you, because you would feel too guilty. It is also likely that you take on a lot of responsibility for how other people feel.

Seeking approval from others can become a problem when you habitually want everyone to like you. You try really hard to fit in and be accepted by others. Recognition-seeking is more about wanting others to constantly admire you and applaud you. You might over emphasise the importance of appearance, status, performance or money and how others perceive you. You attach your positive feelings about yourself to what others think rather than your own natural inclinations or from pursuit of your own values.

If subjugation is the problem, then it is about learning that you have a right to express your own needs and emotions. Here are some ways that you can begin to practice it:

If self-sacrifice is the problem, then it is about learning that you have an equal right with others to express your needs and emotions. Here are some suggestions:

If approval-seeking/recognition is the problem, then it is about acknowledging that you have an authentic self that is different from your approval-seeking, false self (Young, 2003). Here are some ways you can begin to do this.

Applying some of the above strategies can be tricky and it requires persistence. Overcoming problems of being overly focused on others to the detriment of expressing your own needs and emotions can seem strange and uncomfortable at first. However, with repeated efforts, it will likely become less strange and more natural as the weeks, months and years go by.

Practical Approaches to help you cope better
"Cognitive Behaviour Therapy (CBT) outperforms medication for stress, anxiety and depression"
But will it work for you?The truth is you can’t be sure. And yet, 1000s of of people who’ve been to see us have transformed their lives in extraordinary ways.
In therapy, you focus on learning new skills. It’s not just tal… Read more