Did you have a good time at boarding school?

My client looked at me when she said that. "That's what people always ask, and I never know what to answer. They always seem to expect me to say I had the most wonderful time". Clients come for different issues, but one that always resonates with me is how difficult it can be for those who have been to boarding school from an early age - sometimes as young as seven; and how difficult it is for them to explain that the privilege they were exposed to had a big catch -  which is an ability to maintain relationships when stressful situations arise.

Within boarding schools, staff are paid to educate, not to love.  Leaving behind parents, siblings, pets - and even a familiar bedroom - can cause pain, particularly when home is a long way away. Being told that this style of education was 'a privilege', that they should 'be grateful' and that it was 'good' for them only causes further issues. Not being able to relate to these feelings lead some children at school to feel loss and abandonment but also that if their parent thinks they should be 'having the best time' and they hate it -  then maybe that meant they were not good children; which can lead to thoughts of "no wonder they sent me away". My client went on to tell me that, on writing home and begging her parents to collect her, she only received a letter back which said "you have to suck it up and get on with it".

That is not to say that every child has or had a bad experience from boarding school, but a lot of children who have been through this type of education are away from home for long periods of time and the armour they learn to wear to protect themselves, in order to hide their feelings for fear of being called 'weak', a 'cry-baby' or 'wet' (the term being 'wet' comes from a time when all boys of a certain class went to boarding school, but were so unhappy they began wetting themselves), causes an inability to cope in adulthood when stresses arise in relationships. One client described himself as "being behind a monolith" when his emotions were heightened, because he did not know how to respond.

Johnny Flynn, star of Netflix's Lovesick, spoke about his past at boarding school in the Sunday Times Culture Magazine (19 March 2017), and says he learned to live without any regret or sadness about something he hadn't chosen to experience, because he had struggled with being sent away. Coming to terms with the break of attachments through counselling and therapy helps to face emotions and understand why breakdowns in relationships happen, and why they often feel no emotion at all when realising their partner is upset or unhappy.

One of the subjects in therapy I am passionate about is how attaching to a parent as children is so vital in order to develop healthy relationships with others as adults. Breakdown of this may be through being sent away or having a parent who suffers from mental illness such as addiction or a personality disorder. 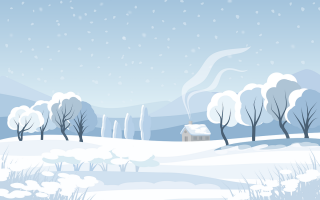