In a nutshell, the grey matter in the brain’s cortex begins to change and does not resemble an adult brain until the person reaches their early 20's. So, the grey matter is made up of of neurons, nerve fibres and support cells. In the early years brain growth features an ‘early blooming of synapses’, the connections between the neurons. Synapses transfer messages to each other and are the brain’s circuitry. A two year old has half as many synapses again as an adult and it is believed that the decline occurs as the brain becomes more efficient. In short, synapses exercised by experience survive and strengthened while others are pruned away.

This is a very shortened version of what happens, please ‘Google’ it for more information.

Research has shown that the extent of connectivity between different parts of the brain increase throughout childhood and well into adulthood. This is related to the growth in memory, understanding and reading ability.

Teenagers have heightened emotional response to images and situations, relative to younger children and adults. E.g. their venomous scream of "I hate you!!!" as the door slams off its hinges when all you’ve said is no to staying up late on a school night. This could be why there is an increase of interest in media, such as video game addiction and internet pornography.

Different parts of the brain are activated by experience and the young person reacts immediately with differing intensities of emotional reactions. Anger can be a mask for sadness, frustration or fear, for example. Teenagers love novelty and have a strong tendency to act on impulse without really knowing why…so when a teenager answers your question, “why did you do that?” with a “dunno!” and a shrug, they probably really do not know!

Along with the brain changes, there are hormonal changes happening. Reproductive hormone changes not only affect sex-related body changes and behaviours but also have an impact on social behaviour. Stress hormones can impact the brain and therefore behaviours. Anger is a common emotion displayed, but depression could easily develop as a by-product.

On top of all this, research has shown that in adolescence changes in sleep regulation brought about by brain changes may well contribute to their ability to stay up late at night, however, this contributes to sleep deprivation, resulting in irritability and even depression. Parents will recognise this phenomenon!

My point is…that with this knowledge, we can now provide therapy that not only empathises with young people, but that see the ‘whys’, ‘hows’ and ‘what fors’ more clearly and now we can tailor our sessions to provide a much more relevant approach to the young person and where they are with what they bring to therapy.

The good news...thoughts and behaviours can change!!!

Sarah has been qualified since 2002 and has a wealth of experience of counselling psychodynamically in the voluntary sector, working with 16-year-olds in further education and in private practice working with 13 years plus and of course, adults of any age! 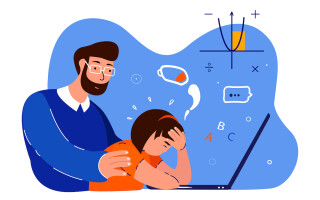