Coping with anxiety: retraining your brain on how to react to stress 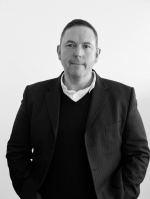 Anxiety, panic, stress and worry are all terms typically used synonymously to describe the state of nervousness, fear and heightened sense of emotional and physical arousal that we experience when we are anxious. It typically occurs as a result of anticipation and worry related to future events or things that have not yet occurred, but we mentally experience these events as if they were already occurring or as if they were looming in our near future.

The amygdala is the part of the brain that controls much of our anxiety responses because when you sense fear or some type of threat (whether it be an actual, live threat or a potential or possible threat produced by your own thoughts), the amygdala triggers the ‘fight or flight’ response. This response quickly activates several physical, behavioral, and emotional symptoms that look (and feel) like panic. These symptoms include heart palpitations, sweating, numbness and tingling in the hands and fingers, dizziness, gastrointestinal disturbance, chest pain, and difficulty breathing. Oftentimes, people believe that they are having a heart attack or dying, but in reality, our bodies produce these symptoms in order to preserve our survival. Sounds counterintuitive right? Symptoms that feel like death are really meant to prevent death? Below is an explanation of how this process works.

Understanding the function of the ‘fight or flight’ response

The ‘fight or flight’ response is a genetic/biological response to danger that we inherited from our ancestors, who thousands of years ago, lived and roamed in jungles, deserts, and forests and had to run away from dangerous animals (or even other humans) in order to survive. The ‘fight or flight’ response was triggered in order to warn the person to either fight to protect themselves or flee to get away and save themselves from the threat. The symptoms of ‘fight or flight’ served as a very effective way of aiding in fighting or fleeing. For example, rapid heartbeat sends a surge of blood to the arms, legs, and major muscle group, enabling the person to run faster or utilise physical strength if they needed to fight a potential attacker. When blood is sent to the limbs and muscles, blood is also pulled from the surface of the skin, therefore if the person were injured they were protected from bleeding to death.

The body has this smart mechanism to promote survival; however, nowadays, we don’t really need these intense ‘fight or flight’ symptoms because we don’t face the same dangers our ancestors did. Regardless, any time we perceive a threat (or stress of any kind), ‘fight or flight’ kicks in, sometimes whether we like it or not.

How to ‘turn off’ fight or flight

Although ‘fight or flight’ is useful in some cases, if this response is triggered every time we are stressed, it can really take a toll on our physical (and not to mention emotional) health. We can retrain our brain and body to hold off on activating ‘fight or flight’ by practicing certain relaxation strategies that sends the message, “Hey, don’t worry, it’s fine, you’re not being attacked” to our brain and body. Relaxation techniques essentially turn off ‘fight or flight’ and allow you to use more useful (and situation-relevant) coping skills to manage stress so that your body doesn’t have to react and overreact to stressful stimuli. Breathing is the obvious one as we know that reduced oxygen intake makes anxiety worse and oxygenated blood is diverted away from the thinking/human brain.

Nowadays in the world of apps and social media, there are many ways to learn to reduce the effects and reduce your affect. Self-soothing is something we learn to do as children if we receive ‘good enough’ parenting as Donald Winnicott famously termed the parent-child relationship.

I have also read that the role of the psychotherapist is first an ‘amygdala whisperer’. This is a phrase I often use with my own patients. Of course we also have the role of medications, which I will talk about in a later post.

I'm a lecturer in mental health nursing and a senior Clinical nurse specialist in psychological medicine. I am also a Psychotherapist trained in the NHS in Cognitive Analytic Therapy. My doctoral studies are in the field of compassion.… Read more