Change the story of your life: script 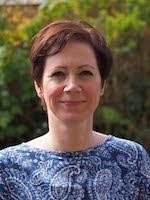 Making sense of the world

Your script is the story you've created about how the world works and your place in it; it's your attempt at making sense of the world. Your script forms from your earliest days, through a combination of sensations, impressions, feelings and perceptions, through to verbal and non-verbal messages from your parents as you grow older.

As you grow, your script becomes an unconscious life plan. Although the script is outside of your awareness, it still exhibits a massive influence over the way you live your life as an adult. Indeed, if you're in doubt whether or not you're in a script, it's safe to assume that you probably are!

Research into child development shows that we conceptualise patterns we notice in childhood. In this way, our scripts are protection against being overwhelmed by the vast swathes of internal and external stimuli we're immersed in. A script is your attempt to make sense of the world. As such, the formation of a script is a healthy developmental step. If you didn't have a script, you would be meeting the world anew in every moment; you would have nothing to connect the past to the present and the future; the world would be chaotic.

However, when you're in a script you're looking at the world with eyes from the past. You're using historic strategies to deal with current problems, not accessing or using all your present day resources.

It is, of course, the limiting aspects of your script that cause problems. As children, we make decisions based on how things make us feel. Our capacity to think rationally isn't fully developed, our decision making is less flexible and our thinking more black or white. For example, if mother doesn't always come when we cry, we might decide that she's not trustworthy, which may become 'people aren't trustworthy'. As adults, we learn that there are shades of grey (reasons mother might not have always responded), yet in our script, we still hold onto these black and white decisions. So, understanding our scripts is important, because elements of it keep us stuck, behaving in ways which are limiting or painful.

Times we get into script

We're most likely to get into a script at times of stress. Indeed, the greater the stress, the more likely we are to get into a script. If there is some resemblance between a here-and-now situation and a childhood one, we may unknowingly 'rubberband' back to that time in our mind, re-playing the thoughts and feelings we experienced at that time. In effect, we're putting someone's face from the past onto someone in the present. For example, if your boss raises his voice, he might remind you of how your father raised his voice when you were a child. Without realising it, you're in your script, responding with old strategies (thoughts, feelings and behaviour), as you did with your father.

Therapy is an opportunity to work with someone who is trained to see a bigger picture psychologically.  A therapist can work with you to identify themes of your script, patterns of unhelpful behaviour and times when you are in your script. As you gain these insights, your script will exert less influence over you, enabling you to make decisions based on here-and-now information; ultimately you can live more freely, enjoying greater spontaneity and peace.

I began working as a therapist in 2015. I feel passionately about sharing the concepts of transactional analysis, having experienced their potency first-hand during a difficult period of my life. I believe they offer powerful tools which can empower us, enabling us to overcome our difficulties and shape our lives the way we want them to be.… Read more