Searching for a specific counsellor or psychotherapist? Try our advanced search
Addiction(s)

Caught up in the cycle of emotional abuse

“Control is the ultimate villain in destroying intimacy. We cannot share freely unless we are equal.”  - John Bradshaw.

Self-recovery seems impossible to anyone who has ever had the misfortune to be involved in an emotionally abusive friendship, relationship, family or working environment. Violated and threatened, feeling isolated, rejected, abandoned, guilt-ridden and deeply ashamed at having been objectified, you realise the relationship was built on nothing more than an illusion. False self free from remorse or responsibility, your partner projects* the unacceptable sides of themselves onto you, setting you up. In such manner you are the one blamed for any errors, addictions, anger or affairs. Fearful at risk of exposure, you are devoured and demonised, ejected and discarded. Once idealised. Now you are devalued. Serving as a need-fulfilling function, your beautiful nature, ensnared and plundered, finds itself dismissed.

Predatory, prevalent and prolific are these sarcastic, guilt-inducing, ambiguous and manipulative individuals. They wear masks made of gold to hide agendas made of stone. Their quick temper is concealed under their quick wit. Stalked, hunted down, and shot through with poisoned love arrows in the form of constant, relentless and highly addictive “special attention”, is the strategy of the emotional abuser.

Convinced that you alone were their best friend and closest ally, the only one who understood them, pulled and pushed into submission you find yourself addicted to their toxic style of love. Incapable of enjoying relationships based on equality and mutual respect, if these narcissistic individuals don't manage to trap a mate, they move on, rather than sorting out typical relationship-forming issues, which often appear when life changes, such as their female mate having a baby. To face new emotional challenges involves a high degree of what they lack - emotional maturity.

Time you never had endlessly sacrificed to the narcissist will never be enough. Or worse having taken as much advantage of you that they can, without blowing their cover, they coerce you into leaving them, appearing faultless as you find a new partner or another job. Having once been developed and progressed at work, you are now promoted over, made redundant and/or ultimately performance managed out. Or another lover has attracted their attention. Heartbroken, you feel so sad and depressed that it physically hurts you inside. The light burns bright fuelled by the cruelest clarity. Jealousy, rage, resentment, hatred, loathing and revulsion underpins their dissatisfaction and disappointment with you.

Now isolated, friends and family may have deserted, as you have either been set up to look so crazy that no-one wants to come near you or, alternatively, having had your mental, physical, emotional and financial health stolen, there is nothing left for anyone else. Rumours spread, alongside often very public humiliation, character almost entirely assassinated, by a company or lover you are left feeling broken. Lying deliberately to make you look bad, they they are the hero to you as the zero. You move away or feel like running away as you want to hide away with your shame. Walking on eggshells to avoid being shouted at, criticised, humiliated and shamed has left you physically and mentally exhausted.

Often left suffering a range of psycho-complex disorders, which may manifest into physical illnesses such as Generalised Anxiety Disorder (“GAD”), Post-Traumatic Stress Disorder (“PTSD”) or, if you weren’t previously challenged with, albeit more manageably, any type of Obsessive Compulsive Disorder (“OCD”). Nervous twitches, acute anxiety manifesting in stomach and digestive related ailments, sudden anger, a constant desire to apologise, tearfulness, depression, anxiety, paranoia and a need to control your own environment are just a few of the symptoms.

Often in an emotionally abusive relationship your replacement will have been drafted in way before any official ending. Whether by the company or by your relationship, the betrayal will feel as painful as if you have been cut to the bone with the sharpest knife blade, whilst failing to sever the rope with which you are tied. At this point the despair you feel leads you to a state of futility where a future happy life seems almost unimaginable.

Fearful of their false cowardly self being unmasked, the bipolar opposite of the fantasy hero image they portray, they are driven to threats to your existence. By this time you may be making mistakes at work, shouting at friends, children or other loved ones and drinking to numb the pain of being subjected to your partner’s all-consuming goal of taking power any which way they can. Their propensity towards, and capacity for lying, is on an unimaginable scale. As such, any testimony you have against them, by default, will now be discounted.

There is evidence to suggest susceptibility to emotional abusers is linked back to parents whose needs you may have been used to meeting, as they were themselves not yet mature. Familiar situations involving fear, threats and intimidation invoke the attachment system strengthening, building and bonding you tighter. If based on previous experience your expectation in relationships is to be badly treated, you may stay. You may be brainwashed into believing you are the one who is responsible for the abuse coming your way. One or both of your own parents may have been narcissistic. Or you may have something markedly different about you in terms of, say, disability, sexuality, minority religion or culture. Perhaps you just have never felt like you quite fitted, or suffered bullying from your peers during your early years, or, endearingly innocent, you have been brought up to believe the whole world is beautiful.

How do you move forward and heal? Learning assertiveness skills, entering into therapy in order to have your experience witnessed, validated and affirmed, building and accepting your core self will not only protect you from further psychic attack, it is the key to healing. Releasing the past and forgiving everyone, including yourself, is part of recovery. Forgiveness doesn’t excuse the abuser. Forgiveness stops them from destroying your heart or worse - turning you into them. They have extracted and devoured your very essence and projected* onto you the parts of themselves they do not like or want. The world may appear frighteningly distorted, off-kilter and unreal. Keep remembering it is not your fault.  Forgive them, not because they deserve it, but because you deserve peace.

I am a BACP registered counsellor and psychotherapist, a CBT Practitioner and Member of the British Psychological Society. I tutor and lecture on a Stage 4 BACP Accredited Counselling Diploma. My private practice reflects my belief that each of us is unique with the potential for growth and development and can move forward in our own way.

Find a therapist dealing with addiction(s) 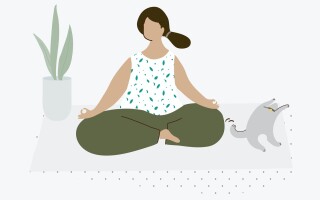 The vagus nerve - our biological antidote to anxiety and stress

Sometimes understanding our body helps us with our mind, so why not learn a bit of science to give us background...

The vagus nerve - our biological antidote to anxiety and stress

Sometimes understanding our body helps us with our mind, so why not learn a bit of science to give us background...