Statistics can be terrifying. The news from Cancer Research UK that the proportion of those expected to develop cancer at some point in their lives has ‘risen’ from one in three to half of those born after 1960 has an apocalyptic ring to it (Sarah Boseley, The Guardian Society, 4th Feb, 2015). Hidden in the horror is the good news: we’re living longer; most cancers develop in the elderly; detection and survival rates for those with cancer are increasing dramatically. There, feeling better? Probably not.

I grew up in the 1970s, when the word ‘cancer’ was mouthed silently or swapped for the euphemistic ‘big C’. Its taboo status, I can only assume, was born of the fear it instilled in the speaker: fear of the consequences of an often unseen and insidious condition and perhaps, at some superstitious level, fear that its invocation would lead to its spread. Our medical and cultural understanding of cancer has changed since then. ‘It’ is now understood to be an umbrella term for a broad spectrum of cell-altering conditions, responsive to an array of treatments and with a variety of outcomes. It is now acceptable to speak of one’s own cancer. The growth of ‘cancer narratives’, those stories in the form of books, blogs and newspaper articles about survival or facing the end of life with cancer, is indicative of the cathartic quality of shaping and sharing one’s story in written form and the perhaps surprising eagerness with which such stories are consumed.

Despite, or perhaps because of, this growing normalisation of cancer, it still instils fear. For some, such fear is intense and overwhelming. Fleeting symptoms can make ‘Google doctors’ of us, and most on-line diagnoses, if we click for long enough, lead inexorably to cancer. The urgency with which a speculative inquiry to a GP about a lump, an irregular bleed, weight-loss, weight gain or tiredness can lead to a referral and biopsy, can itself be a terrifying experience, whatever the outcome of the medical investigation. The unintended consequence of the good news of early detection, arising from symptom awareness and medical vigilance, is perhaps the creation of another taboo: cancer-related anxiety. This anxiety can be an affliction of those with a newly positive diagnosis, those waiting for results or the rest of us simply living with the ubiquity of cancer awareness.

To speak of such anxiety is taboo, I would argue, because of the way in which we have swapped the secrecy and shame of ‘the big C’ for the language of open warfare. Cancer research is the ‘battle’; brave ‘survivors’ fight and heroically refuse to give in. If a positive diagnosis is made, the patient gets busy with treatment ‘strategies’ and ‘tactics’, while the cancer free arm themselves with knowledge and the battery of detoxes, diet plans and the solidarity of the fundraising army. This again is good news. But where is the space not to feel brave, to admit to fear, or anger, inertia or defeat? This, perhaps, is the new taboo.

Such a taboo can be particularly hard on those who have had a positive diagnosis and have finished their medical treatment. These are the ‘survivors’, who battled and won and are embracing every sunset and living richly and mindfully in the present. Aren’t they? Often, the time after treatment, without the distraction and sense of purpose of regular appointments, can be disorienting and symptoms of depression and anxiety can emerge. Those who are living with confidence, are likely to be those who have been allowed and encouraged to speak of their fears: fear of dying; fear of debility; or, perhaps, fear of living. Many who are being treated for cancer have simultaneous access to psychological support at hospitals or well-being centres, or have friends and families who are able to listen to their loved one’s fears without attempting to distract or rescue them from ‘negative’ feelings or distress. There are many, however, who do not have access to such support.

In a culture which simultaneously provokes and silences anxiety about cancer, and more fundamentally, denies the existence of death (there’s another linguistic taboo: we don’t die, we ‘pass away’), it can feel shameful to have ‘survived’ cancer and not simply feel overwhelmed with gratitude and an appetite for life. Paradoxically, this is a more likely outcome for those who can speak of their vulnerability than for those who brush it off in the name of positive thinking. 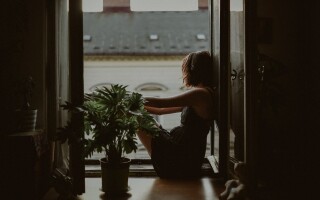 You feel your heart beat, your palms are damp with sweat, you feel like you can’t breathe and then panic... 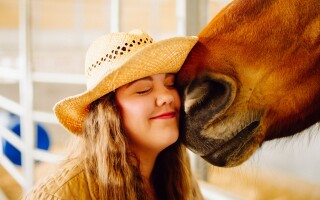 You may or may not have heard in therapy that two people have to be in psychological contact in order for therapy... 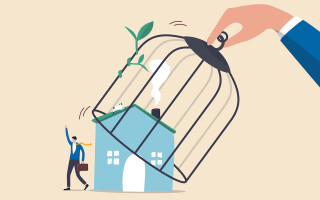 Coming out of lockdown

Many anxiety sufferers found solace when Covid-19 reared its head at the beginning of 2020. Lockdown gave them...