A friend of mine, a photographer, was telling me of an experience he had when he was just an assistant starting out on his career. During a photo shoot, he was adjusting a bulb in a large flash unit when it went off. The light was intense and it blinded him. In hospital, he was told that with rest his sight would return, so he lay there, his eyes padded and bandaged.

He said that everything was not dark but intensely bright, and what had burnt onto his retina was the wiring of the flash bulb before it exploded. Even behind the bandages, with his eyes open or closed, the image was always there.

After what felt like an eternity, but was in reality only a week or so, the bandages were removed. Still he could see nothing but the bulb’s wiring pattern. After a while, around the edges of his vision he could see a blurred view of the world, but the centre was still dominated by the flash bulb exploding into light. As time went on, more of his vision returned but there was always that central core of light and wiring that remained, even when his eyes were closed.

Within a few weeks his sight had fully retuned, the image of blinding light receding day-by-day; yet the ghost of the bulb and wiring was still visible. Even when he closed his eyes he could not banish that ghost. Eventually its image faded and all that was left was the memory.

The shock of grief can be like that exploding flash bulb, blinding you to everything. Even when the loss was expected, the shock can still be overwhelming. The loss seemingly burns itself onto the brain, blocking out all other thoughts. It feels as if that is all there will be for all eternity.

Gradually life returns, the person begins to discern again the non-grieving world, but only at the edges. Over time, more of life emerges, but there is still that grief burned into the central part of your vision. Everything seems drawn towards that grief; it is superimposed upon the life around you. Eventually the outside world will return, though the ghost of grief will remain, like the outline of the flash bulb. But in time that too that will fade into a memory.

Do you ever have the feeling that you are incomplete, that some aspect of you is missing or has become misdirected? Has tragedy changed the meaning of your life, and now you’re looking for a way to navigate through this new world? Do you have a desire to reach some form of normality again?Coun...

To start to describe grief is like telling the story of the lives that have gone before us. In my experience...

Grief in the time of Covid

Bereavement, and loss. The journey back. This Corona crisis period has not been an easy ride. Specifically... 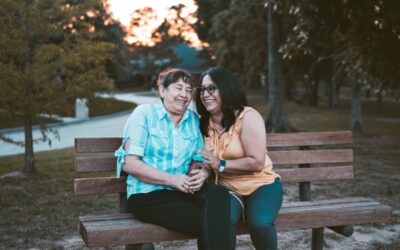 How to make the end of life experience special

The end of life is a time we often avoid talking about, so how can we become more comfortable with this discussion...