An existential view of alcohol dependence

Those of us who have contributed to the literature about models of drug dependence have indulged in irrelevancies. We have pushed an abstract scientific course rather than responding to existential needs. We have produced a psycho-bio-social model of drug dependence that excludes the essence of human existence – options, freedom to choose and the centrality of human values. 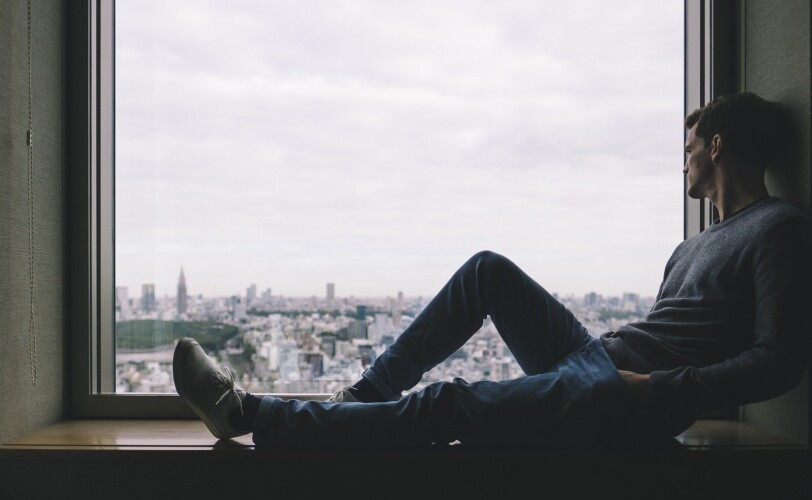 The "world’s favourite drug" (Edwards, 2000) has a relatively simple molecular structure of C2H5OH, but the physical, intrapersonal/interpersonal, and societal costs of alcohol use are far from simple – they are immense. The World Health Organisation (WHO, 2004) estimates that of the 2 billion people worldwide who consume alcoholic beverages, 76.3 million ‘suffer’ with diagnosable alcohol use disorders. Alcohol is estimated to cause about 20–30% of cases of oesophageal cancer, liver cancer, cirrhosis of the liver, homicide, epileptic seizures, and motor vehicle accidents worldwide (WHO, 2002). Closer to home, the burden of alcohol-related problems is estimated to cost the NHS up to £1.7 billion every year. Alcohol-related diseases account for around two million NHS bed days and 40,000 NHS day cases annually. When all social, workplace, health and criminal harm is taken into account, the estimated cost to society of alcohol-related harm is £20 billion (Strategy Unit, 2003). In England alone, 8.2 million people (aged 16-64) have an alcohol use disorder which equates to 26% of the population and the gap between the perceived need for alcohol treatment and access is surprisingly large with only 1 in 18 (5.6%) accessing specialist treatment nationally per annum (NHS, 2004).

With counselling becoming more established in statutory and academic settings, and alcohol (directly or otherwise) already a common occurrence in private practice, the opportunity to offer something distinctive and useful to the field (and ‘addictions’ in general) is available. Counsellors with a working knowledge of existential thought are ideally placed to question the prevalent ‘disease’ model and such concepts as ‘diagnosable alcohol use disorders’ and ‘specialist treatment’, and consider not only the usefulness with regard to our understanding but importantly the effect upon the client. Such nomothetic approaches do little to encapsulate or give an understanding of the client’s experience, or importantly allow expression of the client’s own constructed meaning as a being-in-the-world facing the trials and tribulations of life. And perhaps it is with such socially constructed concepts as ‘dependence’ and ‘addiction’ that existentialism can remind society to continually question ‘established’ approaches, and prize the meaning attributed by the individual we are attempting to assist.

In the current socio-political climate, the trend is to promote the evidence-based practice to support the premise that desirable outcomes will arise for all concerned (Wurm, 2002). Particular evidence-based interventions are ‘matched’ to respective typology (Project MATCH, 1998) and expectedly the feeling is that ‘cognitive behavioural approaches to specialist treatment offer the best chances of success’ (NTA, 2005, p.9). The attempts to ‘pathologise’ or ‘classify’ alcohol use has led to an over-emphasis upon the biological ‘disease’ model (Drew, 1986: 1987: 1990; Johnson 1999; Wurm 1997b: 2002: 2003), and the emphasis upon symptom reduction might not just be misplaced, but even counterproductive (Wurm, 2002). Just as pain is useful in warning of the danger of physical harm, emotional distress is also potentially valuable. Many therapists understand the fundamental value of anxiety, of pain, of sadness and guilt (Clearihan, 2000). They may reflect a healthy conscience, rather than an unhealthy or ‘sick’ mind (Wurm, 2002). Achieving insight and self-awareness may at least be as valid as reducing symptom scores. The individual client must decide which goal they prefer (Milkman & Frosch, 1973).

Existential approaches to addiction stress the importance of choice in the way that people use alcohol, despite the social, psychological and physiological aspects such as withdrawal symptoms that may make it hard to for the individual to choose differently (Wurm, 2003). Of course, sometimes the behaviour pattern becomes so entrenched that it is hard for the individual to see that there are conscious decisions involved, but describing the problem as an ‘addiction’ or ‘dependence’ may make it even harder to see the role of decision making (Wurm, 1997b). The usefulness of the term ‘addiction’ has been questioned (Drew, 1986: 1987: 1990; Wurm, 2002: 2003) principally due to this notion that choice is irrelevant or impossible (Wurm, 1997). Counselling, more so than say Clinical Psychology (with its predominately medical lineage, Reber and Reber, 2001, p.124) is in a position to incorporate the philosophical thoughts of existentialism and offer a distinctly ‘human’ perspective of dependence, one which stresses the importance of an idiographic view – and in contrast to the prevalent ‘disease’ model, also stresses the responsibility of choice.

Of all the existential therapies Logotherapy (or Existential Analysis) has been applied to the field of addictions more than any other (Wurm, 2002). For its founder, Viktor Frankl, a human being’s most basic motivation is to find meaning in life: ‘A cause, a reason, “a certain why,” an aim, an ideal, or a purpose in the sense of an orientation towards a goal for which one devotes one’s energies and time’ (Tengan, 1999, p.142). Other motivations are secondary to this, thus an individual may aim to be content in life, but this is because she has set contentment as her life’s goal. A lack of such direction or purpose leads to a sense of frustration, emptiness and depression and in extreme cases neurosis. This idea has the intrinsic sense to many of us and has been echoed by Yalom (1980): ‘The human being seems to require meaning. To live without meaning, goals, values or ideals seems to provoke considerable distress.’(p.422), Nietzsche: ‘He who has a why to live can bear with almost any how’ (in Frankl, 1984, p.97), and McWhinney: ‘The majority of so-called mental illnesses encountered by family physicians, however, are existential crises, and these are problems of the human spirit rather than illnesses’. (1989).

Together with the desire for meaning, Frankl stresses the responsibility of the individual to find his/her meaning in life. Paradoxically human freedom is the ‘freedom to accept responsibility to fulfilling meaning within the confines of death and destiny’ (Nelson-Jones, 1995, p.134). This seems to agree with the Sartrean view that we ‘are condemned to be free’; but rather, Satre’s ‘no-thing-ness’ is a worldview devoid of meaning. Frankl’s is one where meaning is waiting to be discovered through the choices of the individual, and like the Heideggerian view of ‘care’, this is not seen as the ‘random ability to do as we please’ but the freedom to respond to the demands of a particular situation – to listen to the call of our conscience – as opposed to turning away from it (Cooper, 2003). These two interlinked poles of freedom and responsibility are found throughout existential thought, and it is this explicit emphasis upon choice and explicit mention of ‘addiction’ by Frankl that the approach has influenced many researchers who try to offer an alternative to the ‘disease’ model of addiction.

The idea that addiction problems, including excessive drinking and drug use, are based in the pursuit of pleasure as a way of dulling the existential pain – or the ‘existential vacuum’ (Frankl, 1972, 1997) has found support not only with philosophers and therapists. Empirical studies support an association between poor meaning in life and mental health problems (Kinnier et al, 1994) in addition to high meaning in life and psychological well being (Zika & Chamberlain, 1992). In particular to this proposal, research has highlighted the relationship between poor purpose and meaning in life and heavy alcohol use (Harlowe, Newcomb & Bentler, 1986; Hutzell & Peterson, 1986; Jacobson, Ritter, & Mueller, 1977; Orcutt, 1984; Waisberg & Porter, 1994). Newcomb and Harlow (1986) found that perceived meaninglessness in life mediated the relation between uncontrollable stress and substance use. Individuals abusing drugs or alcohol reported significantly lower levels of purpose in life than those without substance abuse problems. Furthermore, reported levels of purpose in life increased after individuals received treatment for their substance abuse problems (Noblejas de la Flor, 1997; Waisberg & Porter, 1994). Waisberg and Porter also found that individuals who experienced an increase of purpose in life were less likely to have abused substances at a three-month follow-up.

Drummond, D. (1990).The relationship between alcohol dependence and alcohol-related problems in a clinical population. British Journal of Addiction, 85, 357-366.

Furnham, A. & Steele, H. (1993). Measures of Locus of Control: A critique of children's, health and work-related locus of control questionnaires, British Journal of Psychology 84: 443-79.

Johnson, B. (1999) Three perspectives on addiction. Journal of the American Psychoanalytic Association. 47:791-815.

Marsh, A., Smith, L., Piek, J., and Saunders, B. (2003). The Purpose in life scale: Psychometric properties for social drinkers and drinkers in alcohol treatment. Educational and Psychological Measurement, 63:859-871.

Mediating effects of perceived loss of control and meaninglessness in life.  Journal of

Smith, J.A. (1996) Beyond the divide between cognition and discourse: Using interpretative phenomenological analysis in health psychology, in Psychology and Health, 11:261-271.

Tengan, A. (1999). Search for meaning as the basic human motivation: A Critical examination of Viktor Frankl’s logotherapeutic concept of man. Frankfurt am Main: Lang.

I am a BACP Accredited and Registered Counsellor / Psychotherapist who offers short and long term therapy. Referrals come from EAP schemes, Healthcare companies, GP practices and private clients. I am also an Advanced Practitioner Member of Addiction Professionals [AP APM]; with extensive experience...