A World of Difference : A point of View 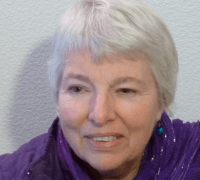 Every person’s experience of the world and events is different, whether it comes from being female rather than male, an elder child in the family rather than a younger child, from an angry family or from a family where anger is forbidden. These are but a few of the many possible differences.

The particular difference I wish to highlight is not one which is usually discussed in the context of counselling: how people who are born with the ability to visualise are affected emotionally by what information is stored in the brain, as opposed to people whose brains are not even capable of visualisation.

Visualisation can take the form of remembering events in a form rather like a hologram - as if a memory is projected in front of them. Some people are able to turn objects around in the picture or have them move, as in a film, while for others this vivid picture memory will be accompanied by remembered sensations such as sounds, music, scents or smells. Some clients have described seeing the expressions on the face of the person inflicting pain, or seeing the total scene: the room, the things in the room; hearing the words spoken. They were effectively reliving the event or experience.

The opposite of visualisation is a complete lack of picture with no sound or scent. Instead, behind the darkness of closed eyes, some people get a “feel” of the past events, or words come to mind which describe the events, the scene, the people and so on. Maybe we feel in the dark if we are unable to see in the light.

Between these two extremes there are, no doubt, varying degrees of visual recall but I will stay with the extremes in this article.

A picture can replace a thousand words. It is instant and compelling of attention.

A feeling, by contrast, needs to be worked at for words need to be linked together and built into structures to create descriptions or word pictures. They are not immediate like a picture. They are softer, less clear and stick in the mind less tenaciously. Unlike the pictures in the brains of “visualisers”, they are not equally intrusive.

The ability to visualise can be a gift that artists and architects require. For designers and those who need to carry colour in their heads it is vital. Non-visualisers are left behind. There is no contest. They must find a different way - develop their own, different aptitude.

But there is a downside, a cost, to having a visual memory which has become very apparent to me by asking visual people about how they experience events. If the incident remembered is a painful one, the pain is re-lived afresh with each remembering. One memory can trigger another similar memory back and back in time leading to huge distress and people can be overwhelmed by pictures of past painful experiences. These will remain raw and awful for as long as they are unprocessed. Positive visualisations are of use against these bad scenes. They can help to change or neutralise what has become stuck in the brain. For those who are unable to visualise, pictures can not get “stuck” and neither is the associated pain if the happenings are bad ones. Event memories can be let go rather than captured on an inner film. They drift together into a place in the mind and it usually needs effort to sort out and put into proper order and then to build up any missing details. The downside of not being able to have visual recollections is the loss of the past. People and scenes vanish for ever into a black hole if there is no mind’s eye. Still pictures from a camera are not enough to compensate for this loss. The moving pictures from another person’s cine-camera belong to that person’s world, are from that person’s viewpoint and are their memories.

Word pictures are better but, of course, not the same. There is undoubtedly a continuum of experience which ranges from those with no visual recall and those who have virtual, total visual recall. During the past two years I have asked clients who have been particularly distressed if they can visualise the past events and whether they see vivid pictures. So far they have answered “yes” to these questions. Enquiring of friends and acquaintances whether they have clear, visual recall I find a good correlation between visual memory and holding onto the past, whereas those who have less visual recall seem to dwell less on the past.

Although more information needs to be gathered in this area, from the limited investigation I have done so far, I have become increasingly of the view that non-visualisers are able “move on” more easily, are held less firmly to the past, forget and look ahead more than visualisers.
Non-visualisers are generally less prone to feel anxious. They worry less about the future because bad memories from the past are not relived and therefore there is no anticipation of them being repeated when a similar activity is to be undertaken. On the other hand, they are unable to visualise, say, how nice a holiday might be, so the happy anticipation is less. They will simply wait until they arrive and then see how it is.

The integration of EMDR into my private practice, when appropriate, has been useful. It appears that although the person “sees” the scene or the face, it is the client’s perception at the time which causes the pain. Often it corresponds to reality but sometimes it has been misinterpreted. Either way, by guiding the person through the memory, the EMDR process facilitates an objective review of an event in the past which can be let go because the subjective effect is lessened or even removed completely. The event may not be forgotten, but if recalled is re-experience simply as an event of the past without the negative, damaging “hold” over the individual.

To conclude on a more personal note, I am one of those with no visual recall. Perhaps this is why I am fortunate in being able to “let go” relatively easily. Two members of my family have extraordinarily vivid visual memories and one member is somewhere in the middle of the continuum. The knowledge and realisation of the possible implications of visual memory has, I am sure, increased my ability, as a counsellor, to appreciate the difficulty that most experience in trying to let go and to empathise with those who are re-experiencing high levels of pain as they work through the counselling process. It has provided additional help for me to adapt and fit my counselling strategy to the specific needs and personal resources of the client.

My counselling experience has extended over 30 years, which has included my being Head of Counselling at a major, local counselling charity. I also provide Supervision for student and experienced, fully qualified counsellors.
I can provide a safe place for you to talk confidentially about your concerns and feelings, come to terms with them and learn to manage them more effectively, so that … Read more