A psychological guide to the ultimate New Year's resolutions 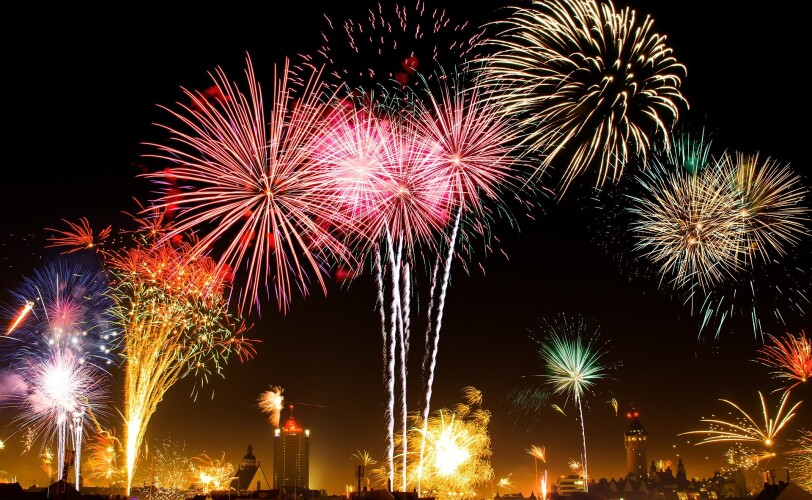 Whether that is to quit smoking, get healthy, find love, help others, save money, join the gym, or something else, just setting the resolution does not make it happen. In today’s article, I will not only show you how to set goals in a way that is key to having a successful life, but more importantly how to tailor that success to be personal to you. But first, let us have a look at the history of New Year’s resolutions.

The history of New Year’s resolutions

New Year’s resolutions are a common tradition that is predominantly found in the Western Hemisphere and more infrequently in the Eastern Hemisphere. It holds its origins within various religious contexts. For example, Babylonians made promises to their gods at the beginning of each year that they would give back borrowed items and pay their debts, whereas Romans began every year by making promises to the god Janus (January is named after the god Janus). Alternatively, in medieval times, knights would take the 'peacock vow' at the end of the Christmas season. They would make a vow to this noble bird to re-affirm their commitment to chivalry.

When people usually talk about success or are asked what they want out of life, the response is usually stereotypical to our western and capitalistic culture. For example, it's not uncommon for people to say that they would like a large house, lots of money, a perfect job, or a fast car. Many things people describe are materialistic. Whilst it would be nice to have these it is not personal to that individual. This creates a further issue if someone does achieve these because they then are not living inherently in-line with their values. These goals do not mean that people will always be happy. Therefore, we need to make our own New Year’s resolutions and goals much more personal to us; the secret of which will be revealed later in this article.

Many readers will likely have heard of SMART goals. This stands for Specific, Measurable, Achievable, Realistic, and Time-sensitive. It is a good way of making a goal achievable. The key part of this method that we will be taking away today is the idea of time sensitivity. This goes hand in hand with the core component of a New Year’s resolution in that it is tied to being completed within a year.

To ensure that we are setting goals to complete value-based living that are personal to us and that care is taken to be time-limited, the following recipe applies. This does not mean that you must complete the goal within a year, but be clear about the progress you will make towards it in the next 12 months.

First, what we are going to do is reverse the usual aspect of saying what we want to achieve, or what we believe, is 'success'. This is the common pitfall resulting in us reeling off items that are not personal and predominantly are socially constructed and learnt. To do this, you need to take time and write down what you would see the six biggest failures in your life being. This could be now or in the future. Things you might not like about yourself, things you might not be, or what you might not achieve. This can be painful, so look after yourself and take your time with it. It is a key step to finding out real and worthy goals for yourself.

Now you have your six biggest failures, you need to write the exact opposite of those. This is because success is the opposite to failure, and now it is the successes that are most personal to you living your best, value-based life.

So that you can do this yourself, I have created a template that you can download and fill out on our website. In addition to this, an example can be seen below.

Failure: Being seen as stupid

The measure of success: Being seen as intelligent

Every year I need to;

Every month to attain the yearly step I need to;

Every week to make sure I attain the monthly step I need to;

Dr Gregory Warwick is a Chartered Counselling Psychologist and Director of Quest Psychology Services that offers counselling and psychological help in Salford, Manchester.