Searching for a specific counsellor or psychotherapist? Try our advanced search
Anorexia nervosa

As most clinicians would know, working with a person suffering with an eating disorder can be frustrating and challenging. Often, despite the fact that they are suffering both physically and mentally, they are extremely ambivalent and resistant to change. The physical consequences of an eating disorder can be life-threatening, but it is the ceaseless torment by their internal private events and urges to follow rules that cause most of the suffering. The individual’s life shrinks as her* thoughts, feelings and attention become increasingly focused on food and body and her behaviour becomes increasingly organised around avoidance of food and body image. Changing her appearance, dieting, exercising, restricting her social interactions, become far more important than education, relationships, hobbies or other valued areas of living.

Acceptance and Commitment therapy is a comparatively recent therapy that proposes that most psychological suffering is linked to ‘experiential avoidance’, i.e. trying to avoid situations that are painful or trying to get rid of unwanted internal experiences, such as disturbing or painful thoughts and feelings. The behavioural rigidity seen in all eating disorders, with the main focus on food and weight , may be seen as a functional avoidance of life experiences, in other words, a form of avoidant coping.

Anorexia Nervosa, for example, often emerges in adolescence when the threat of social rejection by peers is a major concern. The individual may constantly ruminate how to reduce the risk of rejection and given the lack of control one has over the opinion of others, the anorexia sufferer may use a number of strategies to reduce this threat and the accompanying anxiety. The individual is able to gain some relief imagining how they will skip a meal, throw away a snack, exercise an extra hour, i.e. a retreat to the world of the body and anorexia promises to bring acceptance and at least provide a direct target for change.

In the case of someone with Bulimia Nervosa when a painful situation is encountered, binge eating may be a way to avoid the emotions associated with the experience. In the short term this may help to numb them to the events that were difficult, however, in the long term the stressful situation is likely to still be there to be dealt with in the future.

Eating disorders are also driven by a powerful urge to get rid of or control disturbing thoughts and bodily sensations. For example, eating disorders sufferers commonly deal with thoughts such as “I’m too fat.” When the body is evaluated negatively, these evaluations may become extended as meaningful about motivation, will-power and self-worth. In other words, some individuals come to see their bodies and their eating as a proxy for their worth.

The very next thought is what can be done to change this and thinking is soon dominated by plans for avoidance of the psychological experiences of the body and the self. What most people that suffer from an eating disorder don’t recognise is that the avoidance or turning away from internal distress can in fact be problematic. Constantly running away from difficult emotions, whether by restricting, purging, drinking alcohol, taking drugs, or any other such avoidance strategies, creates a dependency on avoidance behaviours and doesn’t teach the individual anything about how to cope with the inevitable difficulties that life presents.

An increasingly larger body of research suggests that it may be problematic to focus on changing thoughts and feelings in an attempt to change people’s eating behaviour. Instead, it may be more helpful to focus on changing the relationships between the thoughts and feelings they experience and the way they eat. ACT does not attempt to change the content of irrational or negative thoughts and unpleasant or painful emotions, instead the goal is to help people face these thoughts, see them from a different perspective and learn to respond in such a way that may be more helpful. ACT is about shifting life toward the things the individual cares about.

Helping individuals become willing to face their difficult thoughts and feelings is the acceptance part of ACT. If a client expresses the thought, “I’m fat and disgusting”, we do not argue with or challenge this thought. Instead ACT uses mindfulness and cognitive defusion to help people get some distance from the thought and see it for what it is: just a thought. The pre-cursor to what is known as acceptance is to help people recognise how trying to avoid their emotions can in fact cause further emotional suffering. Bingeing , restricting or over exercising can be seen as behaviours to avoid emotional experiences that then results in the inability to participate in activities that are valued by the individual, for example, attending social events which may involve food, thus leading to further suffering in the form of isolation.

Facing eating disorder thoughts can feel counter-intuitive, as it may seem impossible to face them without giving in to them. However, once eating disorder thoughts and urges exist it is not so simple as to stop them from arising by strength of will, just as you can’t stop thinking about a chocolate cake when asked not to think about it. What may be possible is to learn to look at the thoughts instead of viewing the world from them.

Mindfulness helps to create a distance and objectivity to thoughts, feelings and bodily sensations. Mindfulness can also lead to an experiential understanding that at any present moment there is the ‘me’ that is doing the thinking and the ‘me’ that is ‘watching myself think’. Using mindfulness enables clients to learn to observe their thoughts instead of being caught up in them. In other words, to be able to say, “I’m having the thought that I’m fat and disgusting”, as opposed to the thought, “I am fat and disgusting”.

People with eating disorders are often afraid of their emotions or don’t understand them. With both Anorexia Nervosa and Bulimia Nervosa, a lot of time is spent thinking about the past or worrying about the future; ruminating over events that have occurred, such as what they’ve eaten, or worrying about what to eat or how to get through a social situation where food is likely to be concerned. Whilst this is happening, people are generally not in contact with the present moment and consequently, missing out on large portions of their own life.

Defusion techniques can also result in a decrease in a thought’s believability. Individuals suffering with eating disorders hold on to many beliefs about their eating behaviours and about themselves, as if they were real. In Anorexia Nervosa, for example, the belief, “I am fat” is very common and even though most would strongly disagree that the person is fat, the belief is usually tightly held onto and not changeable when challenged. From an ACT perspective, the aim would be to see the thought as a thought without attempting to restructure the content.

Seeing oneself as the container for our private mental experience but not limited by what we think and feel is another component of ACT. A useful metaphor to describe this is that thoughts and feelings are like clouds in the sky and we are the sky itself, able to contain whatever comes and goes. For individuals with Anorexia Nervosa, the intensity of emotions when they are eating can seem unendurable. Developing a sense of permanence of ourselves and that thoughts and feelings are transient, can help people to make contact with a space that feels safer.

Another major component of ACT, and what dignifies the work of facing the difficult thoughts, feelings and bodily sensations, is helping individuals to connect with their deepest values and essential purpose in life. By connecting with values, individuals become aware of what they would want their life to be about if their eating disorder thoughts and impulses were not controlling their behaviour. Often the struggle with disordered eating has taken the focus off areas of life the individual truly values. Time, energy and other resources are spent maintaining disordered eating, whilst life moves on with little or no chosen direction. Hopes, dreams and ambitions get put to one side whilst the individual convinces themselves that they will return to these things that matter to them most just as soon as they get their weight under control. Hence, this part of therapy encourages people to make choices based on what they value instead of an avoidance of their feelings or a pursuit of thinness. It can be useful in terms of ambivalence, since many individuals suffering with eating disorders are ambivalent to change and working with values side steps the power struggle around weight and food intake and allows patients to stay in control in making choices according to their lives. ACT focuses on building values in the present without the world or the individual having to change.

Committed action involves noticing when action is not consistent with values and gently turning back to valued living. On the whole the therapeutic goal of ACT is to help individuals ride out the waves of uncomfortable thoughts and impulses while committing to action that corresponds to what really matters most in their lives. ACT encourages carrying out specific goals linked to chosen values starting with small steps and increasing to larger patterns of action. The values component guides the action that is needed whilst defusion, acceptance, contact with the present moment and self as context help break down the barriers to taking committed action.

ACT is gaining increasing empirical support across a variety of psychological issues. Research has shown that these methods can help alleviate a broad range of psychological problems, including depression, anxiety, stress, substance abuse, and psychotic symptoms. Whilst studies using ACT for treating eating disorders have not been established, ACT's unique focus on undermining ineffective control strategies and experiential avoidance makes it a theoretically ideal treatment for anorexia.

*Whilst the female pronoun is used extensively in this article, this does not preclude the fact that eating disorders also affect male or other gender populations.

Share this article with a friend
Article Tags
Anorexia nervosa

Find a counsellor or psychotherapist dealing with anorexia nervosa

Beth: I have anxiety. But that is NOT who I am

I've suffered from eating disorders for nearly nine years; seven of anorexia and two of bulimia. For most of that time,... 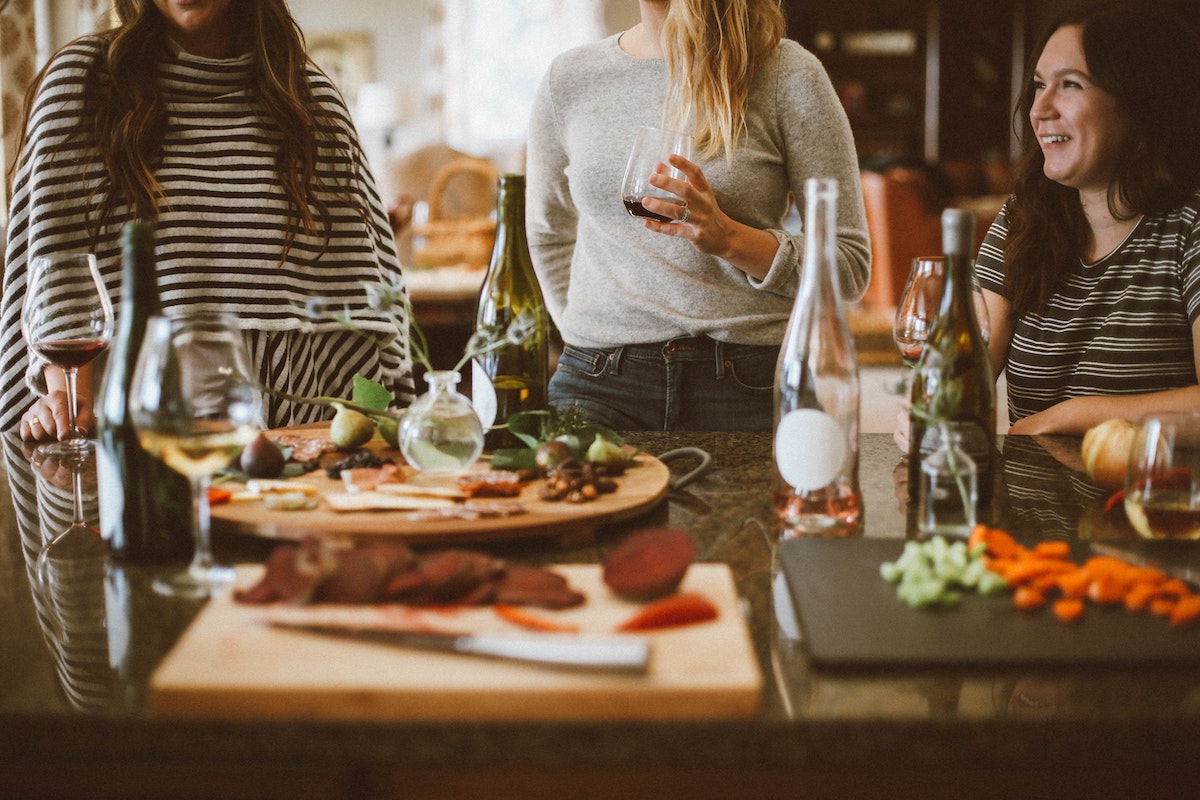 We need to change our relationship with food

Specialist eating disorders dietitian, Maureen Moerbeck, explains why we need to change the way we look at food.

The fertility and eating disorders whirlwind of anxiety

Fertility challenges are not uncommon for many people who suffer from anorexia, bulimia, and binge eating...

“It's like being a prisoner in your own mind, but people don't see that.”