Searching for a specific counsellor or psychotherapist? Try our advanced search
Depression

Living With Someone Else's Depression

No matter which angle you look at it from, depression is devastating. The sense of utter hopelessness and despair and the feeling of being totally lost which are felt from the inside are indescribable, but the challenges for those on the outside can be almost unbearable too. Watching someone whom you love and care about, and whom you thought you knew, disappear before your very eyes is one of the saddest, frustrating and sometimes infuriating experiences imaginable.

There are many ways in which living with someone else’s depression can affect a person. For one thing, the despair and the negative attitudes can have a nasty way of rubbing off and it can become easy for spouses, partners, family members and even colleagues to start being dragged down themselves. Either that or partners and relatives can become intensely angered by the other’s behaviour, believing them capable of ‘pulling themselves together’, which they simply cannot do. After all, nobody chooses to be depressed and if they could just ‘snap out of it’, they would undoubtedly do just that.

Attempts to chivvy a depressed person along can often take the form of suggesting that they go out and treat themselves to something nice or have a night out with the ‘boys’ or ‘girls’ to cheer themselves up. Even though suggestions such as these are normally meant with the best of intentions, for someone in a depressed state they can often come across as intensely insensitive and lacking in understanding. The person on the outside is simply left feeling that they can do or say nothing right.

Another thing which it is common for those close to people suffering from depression to feel is guilt. Because in most cases the depressed individual has changed and moved gradually into a state of hopelessness, their loved ones feel responsible and as if they themselves must be the cause, when in fact the feelings come from the inside and are usually the result of distorted ways of thinking. This can either provoke partners and families into co-dependent behaviour, whereby they cover up for the depressed individual, make excuses for their behaviour or ‘tread on eggshells’ in their company, or it can cause them to discourage their loved one to seek professional help because of the belief that they will be convinced to end the relationship – neither of which helps to solve the problem.

Depression is a complex condition which commonly arises as a result of deeply-rooted thoughts, feelings, attitudes or events. As such, it is not something for which there is a home remedy. Although a bout of depression may appear to pass on its own, often it will return at a later date if the underlying causes are not treated and the tools to deal with negative emotions are not learned. If you have a friend, loved one or colleague who is suffering with depression, therefore, the kindest thing that you can do is to accept your own limitations and encourage them to seek professional help.

The range of therapies which is used by professional counsellors and therapists is both safe and effective and has enormous potential to restore long-lasting health and happiness.

Find a counsellor or psychotherapist dealing with depression

The therapeutic benefits of walking in nature

I sit at my desk on a sunny day with lots of tasks to do, and yet I yearn to be outside. I know this intense,...

A text from my friend saved my life; why it’s so important to...

Andy Salkeld tells his story, how a text from a friend saved his life, and why we should all be more open in how... 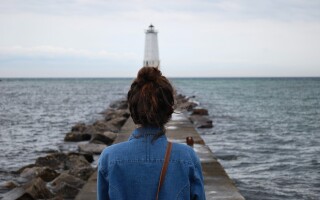 Don't focus on mental health problems to reduce them

We can all too easily become focussed on our 'mental health problems' or the fact that we have depression, stress...