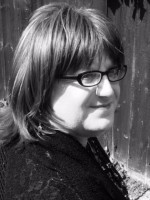 Debunking verb informal to expose or excoriate (a claim, assertion, sentiment etc.) as being pretentious, false, or exaggerated.

Gender noun is expressed in terms of masculinity and femininity (within our westernised culture), which is determined and is assigned at birth based on the sex of the individual. It affects how people perceive themselves and how they expect others to behave.

This is a unique experience for you to explore gender identity with a therapist (Madison-Amy Webb) who lives beyond the gender binary.

Ever since my “gender migration” some years back I have been engaged in a process of meeting/talking with and training other health/social care, academics, and other professionals on the status of gender identity and the plight of other “gender migrants” (transgendered, transsexuals, gender queer etc.) in the UK at this time.

When I started out back in the dark days of 2011 I couldn’t have envisaged that 2015 would become the year that gender diversity fully entered the public consciousness’ in a way unlike it ever had previously. Public figures such as Caitlyn Jenner, Kelly Maloney. And TV shows with sensitively handled trans stories such as “Transparent” on Amazon, and the BBC’s sitcom “Boy Meets Girl” finally have placed gender nonconformity as something more mainstream, and have laid the ground for “gender identity” to become the new civil rights frontier.

Over the last few years I have been reflecting on transgender and have come to a belief that “it” is part of the problem. Not “gender variant” individuals but rather trans being regarded as the “other”, the “them”, how its symbolic of the “us and them”. Non-trans people may assume it (the questions gender variance brings up) is nothing to do with them or is of their making… or is it?

We all have a gender diagnosed at birth and for most of us it’s never given a second thought.

However, our “gender identity” is far from a passive destination, it’s in flux all through our
lives if we only stop and listen hard enough we might just hear what its saying.

This training event is a wake-up call for us all to reclaim our gender!

The cost of the training includes course materials and all refreshments, and CPD certificate. For training details please contact Madison.

Madison-Amy Webb and is a trans woman. By profession she is a BACP accredited counsellor, on the voluntary register for therapists, a psychotherapist and a member of the British Association of the Counsellors and psychotherapists (MBACP), a clinical supervisor and a mental health trainer and consultant.