Black men on the couch 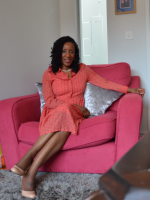 Black men on the couch: psychotherapy and refugees

US basketball star, Alex Owumi, and Somalian journalist, Moulid Hujale, have both been refugees. This month they take to the stage in Gloucester to talk to a psychotherapist about their experiences and how they have shaped their lives.

This unique event is supported by UK Council for Psychotherapy in association with Gloucestershire Action for Refugees and Asylum Seekers (GARAS) and Audrey James of Restore Counselling Service. Black men on the couch, takes on the theme of mental health with refugees and asylum seekers during National Refugee Week.

The event will be held on 20 June 2017 at the Guildhall, Gloucester. Doors will open from 6.45pm. While it is a free event, booking is required through the UKCP website.

Janet Weisz, chief executive of UK Council for Psychotherapy said: ‘We are committed to ensuring that everyone has access to high-quality psychotherapies.

Black men on the couch creates an opportunity for black men to find out about therapy either as a career or to help with difficulties they are experiencing in their own life.’

Alex Owumi was playing basketball for the Al-Nasr team of Libya when the Libyan uprising and resulting civil war broke out. Alex was imprisoned in his apartment in Al-Nasr before escaping and being smuggled to a refugee camp in Egypt.

At the age of ten, Moulid Hujale was forced to flee Somalia for the Dadaab refugee camp across the border in Kenya. Little did he realise that this would become his permanent home where he grew up and went to school.

During the evening, the audience will be invited to ask questions of the guests and the therapist leading the session. Afterwards, there will be an opportunity for networking and a chance to find out some more about the world of counselling and psychotherapy.

Black men on the couch events aim to change the status quo surrounding counselling and psychotherapy and open it up to those who would previously never have considered it, either for themselves or as a profession.

Black men on the couch events are supported by the UK Council for Psychotherapy to change the status quo surrounding counselling and psychotherapy and open it up to those who would previously have never considered it, either for themselves or as a profession. Despite attempts within the profession to change the way it’s viewed, therapy is still rarely sought by young black men. Black men on the couch aims to demonstrate that even those we look up to sometimes need to turn to others to help them to achieve their goals.

Alex Owumi - Born in Nigeria, moved to the United States at the age of 11 and became a professional basketball player for teams around the world. Having signed with Al-Nasr team of Libya, Alex’s tenure was interrupted by the Libyan uprising and resulting civil war. Alex was imprisoned in his apartment in Al-Nasr before escaping and being smuggled to a refugee camp in Egypt. Now, Alex is a full-time writer and in 2013 he published Qaddafi's Point Guard.

Moulid Hujale - Born in southern Somalia, fled to Dadaab refugee camp in Kenya at the age of ten where he grew up and went to school. He returned to Somalia in 2013 to work with the UN in Mogadishu before moving to the UK two and half years ago. Moulid is now a Somalian journalist, mainly covering humanitarian news in the Horn of Africa for various international news organisations including The Guardian and IRIN.

Booking for the event can be made through UKCP website here: https://psychotherapy.force.com/eventapi__simple_event?id=a1U24000005MxtWEAS&site=a0d24000001VW3nAAG