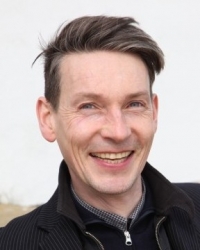 I offer individual and couples sessions, as well as supervision both group and individual.

Making the first step can be daunting. You are most welcome to telephone or email me with any questions you may have before we decide to meet. When we first meet we will look at what is troubling you and talk about practical arrangements such as fees and appointment time and day.

The sessions are 50 minutes long.

In a session I apply the use of creative techniques alongside talking. I may suggest a creative technique if appropriate, as an aid to the therapy. These could be working with movement, art, poetry. If you prefer to just talk that is fine.

PgDip in Drama Therapy As Above-2005

Working with Transgender and Non-binary people via Gendered Intelligence-2017.

I originally trained as a psychiatric nurse in the late 80's early 90's.

I have worked in the NHS, Charity Sector, Education, Therapeutic Community and Private Sector.

My fee for individuals is £65 and couples £100. I do offer some sliding scales sessions dependent on circumstances.

There is outside parking to my private practice.

My consulting room is accessible via some stairs.

I am a qualified supervisor in Creative Approaches to Supervision.

If you have skype installed you can click to call Vaughan Titheridge.