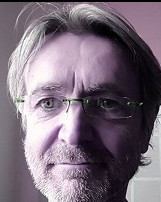 I have been offering counselling and psychotherapy to individuals for 20 years.

Top priority for me is whether you feel you can talk to me. I meet all sorts of people and I try to help everyone I see feel accepted enough to allow us together to explore whatever needs addressing.

Please feel free to call me first, or just send an email or text.

Occasional My first degree is a BA in European Studies, for which I studied French, German, Politics and Economics at Loughborough University (1974 – 1978).

After university I did a one-year Postgraduate Diploma in International Marketing at North Staffordshire Polytechnic in Stoke.

I decided to take a completely different turn in my late 20’s and went to music school in Leeds: I attended Leeds College of Music (1986 – 1989) and took the 3-year degree course in Jazz and Contemporary Music. I had to deal with a life-changing shock during this period, which I won’t go into here. I eventually followed up this course with a one-year jazz course in Wakefield in 2000, and gained a diploma in jazz improvisation. The qualification is called Licentiate of the Guildhall School of Music and Dance. I still play jazz in my leisure time, when I am not doing counselling and psychotherapy.

When I got interested in counselling and therapy in my mid-30’s, I first did a 10-week introductory course(1992), followed by an RSA Certificate in Counselling Skills, at the Swarthmore Centre in Leeds (1992 – 1993).

I then trained at Park Lane College for 3 years and gained a Diploma in Therapeutic Counselling (1993 – 1996).

After that I did another year at Leeds Metropolitan University which converted my diploma into a BSc degree in Therapeutic Counselling (1997 – 1998).

I attained BACP (British Association for Counselling & Psychotherapy) Accreditation in 1998.

In 2011 I successfully applied for status as Senior Accredited Counsellor/Psychotherapist with the BACP.

I am registered on the BACP Register of Counsellors and Psychotherapists, certificate number: 6161

Each year I do various activities that contribute to my continuing professional development. These include one-day seminars or lectures on a whole range of topics to do with therapy and life. I don’t want clutter this page with a long list of what I have done over the last 20 years, but I will mention a couple of highlights:

Two 12-week psychodrama groups in Bradford, with Aggi Jakubska
A one-day psychodrama course with David Brazier
Various seminars at the Harry Guntrip Trust in Leeds, with Ronald Britton, Patrick Casement, Adam Phillips, and many others.

The work I do in co-counselling – both the time I focus on myself and when I teach co-counselling to others – is very important for my ongoing personal development.

Occasional shamanic work, for another angle.

I may be able to help you if you don't know what you need to address, but you know you want to talk to someone.

Sessions for individuals and couples:
Regular weekly sessions last 50 minutes, and my fee for this is £85 per session in the daytime (until 6.00pm).
If your appointment starts at or after 6.00pm it costs £95.

The initial session lasts an hour and a half and costs £120.

The phone rang…
I was once round at a friend’s house in Leeds when the phone rang. His girlfriend, Sally, picked up the receiver (it was 1988, hence ‘receiver’!), and it was one of her female friends: they proceeded to have a conversation during which they told each other how they were, how they were feeling about things. Sally sounded warm and relaxed, and there was plenty of room for the conversation to breathe. This might seem totally normal, but what struck me was how open they were with each other. I thought, ‘how come I don’t have conversations like that with my friends?

I had thought of myself as quite an open kind of person, but now I was beginning to wonder if I could make more satisfying relationships with people, and particularly with men. I realised I presented a certain persona of competence to the world, so if anyone asked ‘how are you?’ I would say fine, or not bad etc., but I wouldn’t really go into how I was. And I wasn’t really truthful with myself about my own emotional ups and downs.

The group…
I later joined a men’s group and found a bunch of people who were all for different reasons wanting to find out about themselves. We ran the group as a kind of self-help, DIY therapy group for a while, but, as is common for groups that focus on the self and relationships, we ran into some difficult conflicts and decided in the end to call in a therapist to help us sort through what was going on in the group. The group continued to have both difficulties and rich opportunities for personal growth, and I stayed in it for about 9 years in total.

‘Assert Yourself!’…
I also became interested in assertiveness training. In my 20’s I had thought of myself as a fairly confident person, but then I saw a TV programme on Channel 4, with Anne Dickson and Andrew Sachs, called ‘Assert yourself!’ It really made me think about how I would stop myself from putting my point across to people, or else how I might get into blaming the world for my problems, instead of taking responsibility for my development.

Taboo feelings…
The assertiveness training course that I subsequently did in Leeds focused on ways of behaving, and was very useful to me. But I started to wonder about what was going on underneath or behind my behaviour – why do I do what I do? What are the feelings that inform my choices? What about sadness, joy, disappointment, ambition, anger, jealousy, envy? And, how do my feelings and internal workings help me or hinder me when I have to deal with challenging issues like relationships, career change, family changes and health questions? Round about the same time, I got into co-counselling. You can read about that elsewhere on this site, if you’re interested. What I got most from co-counselling was a sense of freedom to be myself – I felt I had permission to explore inside myself without being disapproved of if I found something unpleasant.

The truth…
These things – the men’s group, assertiveness training, co-counselling – started to help me find out the truth about myself and be more in command of my own life. When I started to train professionally as a therapist I began seeing a therapist myself, first in individual therapy, and later in group therapy. I have worked with four or five different therapists over the years. See the stories in my blog that show how this impacted on me.

First floor office, up two flights of stairs (2x14 steps). There is unfortunately no lift.

If you have skype installed you can click to call Richard Mills.