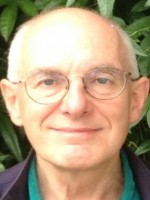 My approach uses a variety of methods based on my training as a counsellor and psychotherapist. I am very influenced by the person-centred approach of Carl Rodgers, with his emphasis on empathy, congruence and unconditional positive regard.

The needs of the client always come first. I can use talking as my primary approach, but I can also use art and play in order to help get in touch with feelings not able to be described by words alone.

You can contact me by telephone or email. The first step will be to arrange an initial session (free of charge) which will assess your needs and agree timings. With your agreement counselling sessions will take place on a weekly basis for one hour each session.

Counselling can be long (over 12 weeks and continuing) or short term (up to 6 or 12 sessions)..

Currently a school counsellor, Chew Valley Secondary School (2008 to date), and a volunteer counsellor with Off The Record Bath (Young people’s information and counselling service).

The first assessment session is free of charge.

£45 for an hourly session on a weekly basis for up to six weeks. A reduced fee can be agreed for periods of longer than six weeks.

For work in schools the fee is £25 per hour.

Mondays, Tuesdays and Fridays 9 till 5, and some evening and weekends.