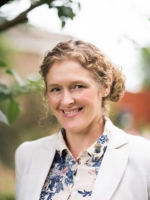 I am an experienced Chartered Clinical Psychologist who has worked in a wide range of public (NHS) and private settings for over twenty five years with people of all ages. I specialise in helping people resolve past adverse/traumatic experiences. I adopt a holistic, supportive and person-centred approach and I believe in the importance of the therapeutic relationship as a mechanism for change. I also believe that by creating the right conditions for personal growth most people can find meaningful solutions to their difficulties.

At my clinic in Sevenoaks I work with adults and with children and young people of different ages alongside their parents/carers. I offer assessment and therapy, parenting support and family therapy interventions. I also work with adults therapeutically.

I am able to offer a free 20 minute initial consultation so feel free to contact me. All sessions I offer are in the strictest confidence and in line with GDPR policy.

I have worked in the area of mental health, well-being and personal development for over twenty five years. I qualified as a Doctor of Clinical Psychology in 2003. I have since undertaken further training in narrative therapy which focuses on the stories people bring to therapy and I am a qualified Eye Movement Desensitisation and Re-processing (EMDR) therapist. EMDR was originally developed for people who have experienced adverse life experiences but is now being used with a very wide range of presenting difficulties. I work with people with a variety of presenting issues including relationship difficulties, school based and work difficulties, behavioural difficulties, low mood and depression, anxiety, panic attacks, bereavement, obsessive behaviours, eating problems, family difficulties, stress, lack of confidence, work stress, drug and alcohol dependence, performance anxiety, life transitions, post-traumatic stress, attachment difficulties, mood swings, low motivation, lifestyle and sleep problems.

Appointments cost £150 per hour and last for 60 minutes. I accept online transfers.

My clinic times are between 9.30am to 2.30pm in my clinic in central Sevenoaks. Please contact me for more information on my availability.

"My time with Catherine has been an extremely valuable experience. I was lucky enough to be able to see her at a time when I needed some help, and Catherine provided that help, and more. I have been given the space and tools to heal, and to address pressing issues in my life. The impact on me has been enormous, but also the impact on my relationships has profoundly improved"

"After a Motorcycle accident in 2013 I was diagnosed with PTSD, anxiety and mild depression. My symptoms ranged from low mood and lack of motivation to anger and irritability. I was referred to see Dr Baverstock and after two consultation appointments, Catherine suggested we try EMDR to treat my symptoms. Although I approached it with an open mind, I was still a little sceptical about it as I had no knowledge of what to expect. The aim of the treatment was to help me process thoughts and memories from the accident that were affecting me. At first I found the EMDR sessions quite draining and I would feel very tired afterwards. Gradually after each session I was feeling less tired and at the same time my general mood was slowly improving. As I started to process the memories I had from the accident I was beginning to feel less irritable, my motivation for things I used to enjoy doing was also slowly returning and I was gaining control of my anxiety rather than the anxiety controlling me. I have now reached the point, where I have one session left with Catherine and I can honestly say I have come so far but it has only been with her help. From the outset, I found it extremely easy to talk to Catherine, telling her everything there was to know. She is thoroughly professional and now because of her hard work, I can move on with my life. At the beginning of my sessions I said to Catherine, if I could go back to feeling 50% of the person I was prior to the accident I would be satisfied. I feel that 50% plus much more! I will be eternally grateful for all the help she has provided and I would say to anyone who finds themselves in a similar situation to what I was in, don’t deal with it alone. Talking about it and treatment like EMDR really can help" 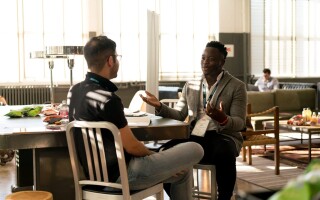 What is EMDR and how can it help?

EMDR or eye movement desensitisation reprocessing is a therapeutic approach that was founded and developed by Francine Shapiro, an American Psychologist, researcher and teacher. EMDR is a relatively...