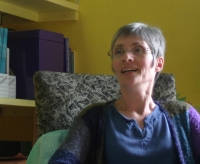 Sometimes unwanted feelings, bad memories or life stresses become too much to bear and we look for someone to help us get through these difficult times. Sometimes troubling behaviour patterns or difficult memories won’t go away. Too often people don’t want to burden friends or family with their feelings or may not feel able to share difficult thoughts with them.

June is the start of summer but can also be another trigger for anxiety and stress with pressure to achieve grades in exams. It is also hard for parents who may be trying to mask their feelings of loss of the last child to leave home. It can be another hard time for people affected by adoption. For birth parents wondering whether how their child became and thoughts around being contacted, for adoptees wondering who they are and starting the search for birth family and adopters fears or concerns over what might happen to their family as a result of this upheaval.

I'm here to help you find your way through these difficulties.

I have indicated the personal problem areas that I have direct experience helping clients work through as a guide to people looking for a counsellor. I work with the whole person before me so don't apply labels to their problems, so you may not find a label that applies specifically to your sense of what is wrong. You bring what you need to work with to the session, I don't direct what we explore together.

I am a Registered Member of the British Association for Counselling and Psychotherapy and work to their Ethical Framework, and am working towards Accreditation.

My previous work experience includes work in both industry and community organisations in a range of roles.

My counselling qualifications include:

Post qualification training and experience has included play therapy with Place2Be and adoption counselling training. In the last few years I have also had training on working with trauma including those people who were abused as children.

I have worked as a counsellor with many people bringing a wide range of personal issues including bereavement, relationship problems, domestic violence, parenting problems, low self-esteem, bullying, anger, abuse, panic attacks, self harm, childhood or family problems, depression and anxieties. I have worked with young people as well as adults in private practice and at a sixth form college counselling service.

I was a bereavement volunteer with Cruse Bereavement Care for several years, including a period on the management committee. I previously worked at Aura Therapy and Counselling in Keighley and  Sure Start Counselling in Calderdale. I volunteered with Place2Be for over 2 years working as a play therapist in primary schools.

I am a science graduate, working as a research technician in Cambridge and Leeds before moving to roles as MP's case worker and community development worker. I am married with a grown up son.

We will learn more about each other and I will find out more about your needs and if I can help you. It's then your decision whether or not to have counselling with me.

Appointments can be made for daytime and evening sessions.

Weekdays including early evening. Appointment times can vary for people working shifts or away from home.

If you have skype installed you can click to call Carolyn Lowing.