A text from my friend saved my life; why it’s so important to reach out to friends in self-isolation 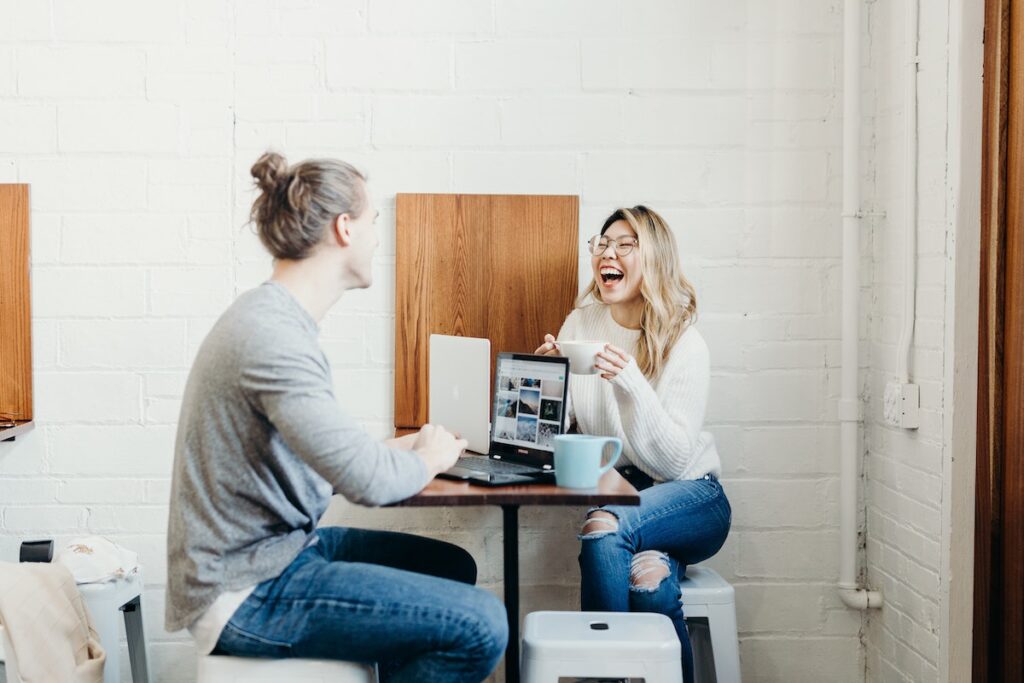 My life has an almost end. There is a semi-colon in my life’s sentence. I have done what I can over the years since to share this experience in the hope that others can avoid the pain I once felt. I would like to believe I have a pretty good memory, but this is one time in my life I cannot remember much of the detail from. Maybe it’s my body healing. Maybe it’s PTSD. Regardless, those events are blurred with only a few moments actually clear in my mind. It is a broken video, skipping scenes and time, left for me to pick up the small threads in between.

Fade from black. I’m curled up on the faux wood floor of my kitchen crying uncontrollably. My fake life and fraudster existence are crumbling to the matching floor around me. Static rings through my mind. My head is awash with fleeting thoughts and feelings; present for a moment and then leaving only pain behind them. I can’t make my body move. I am shackled.

My wife has just told me that our marriage was over. She stands towering above me, offering me an olive branch to help me to bed.

Weeks later, I wake up at my computer. The colours of my life have faded. The only light in the room is the cold glow from an over-sized and over-compensating screen. I don’t deserve natural light. The screen scrolls as I research suicide. Something I never thought I’d do. But that’s my only option now. It’s something I’m choosing, unlike everything else that has happened.

Reach out to those around you. Let them know you’re there. It can take the simplest of things to turn a day from an almost end to a new beginning. That’s all it took for me on my darkest day.

As I sat, staring at that screen, I convinced myself that something selfish was entirely selfless. The short-term pain of my death on those around me would be far less than the long-term pain of them living knowing that I am struggling. I was doing it for them. I settled on a plan and then I waited.

More weeks passed. All the colour was gone. Everything was muted and grey. I sat on my bed. The same bed that my wife had helped me to months earlier. The same bed we had shared for almost a decade. I was crying. It was the end and I was okay with that. A life of failures and regrets behind me, this was my redemption. This was my freedom.

My vision blurred. My thoughts blacking in and out. Then a sound. A perturbation.  A vibration. A faint and mumbled buzz came from the other room. I can’t leave loose ends. I should see who it is. One last act before I’m gone, forever from this place.

It was a message from my best friend. It wasn’t even much of a message. Barely a line or two. All I remember it saying now, looking back on that faded and distant memory, was “pub?”.

It was a reminder that we were meant to be seeing each other soon. It was a check-in to make sure our plans were still going ahead. The only nuance to it was that which I added in context of what else was happening right then and there.

Colour flooded in. The darkened clouds that fogged my thoughts cleared in a heartbeat. Light pierced my veil and I felt emotion for the first time in a long time.

“Ofc,” I replied. And just like that, life found a way. 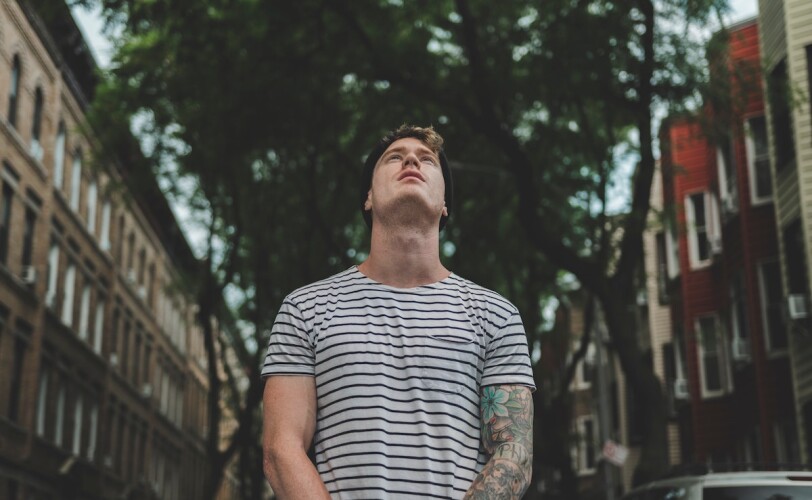 I have lived with depression for many years now. I have been suicidal on more than one occasion. In fact, I think I’ve always been and always will be suicidal to some degree. It’s no longer consuming as it once was, but it’s still there occasionally.

It took me a year or two to tell my best friend what happened that day. Their response was surprising at first, but I understand it now in hindsight. They were surprised and shocked. They didn’t know what I was struggling with. It wasn’t because they didn’t care or didn’t want to be there to help, it was because I had never spoken about it.

A few months later I told the world what happened in my first of now many talks, titled ‘Breaking the Stigma’. The response was the same. I was expecting only “sorry to hear about that, glad you’re doing better,” and the like. Instead, I was flooded with “we had no idea” and “please talk and share with us in the future.”

I learned a lot through sharing so openly and it has changed the way I approach the world, the people in it, my friends and my family. People do care. But life is relative. What I mean by that, and it’s probably not what you’re expecting me to say here, is that at least to me, Einstein’s Theory of Special Relativity applies throughout our lives.

We all have our own ‘inertial frames’, our own perspective from how we see the world. Sometimes they’re the same. Sometimes they’re different. We can only see what we are shown from other people’s perspectives. What we see is limited by one of the only constants in our lives, the speed of light in a vacuum, or the speed at which information is transmitted.

I was not openly sharing any of my struggles and pain. I was hiding it away for fear of losing those I loved and cared for. I wore a fake smile, laughed a fake laugh, behaved like nothing was wrong. I was method acting a role I didn’t care for and I did it so well that others knew none the wiser. There was no way they could know because I was not transmitting any information that could possibly give them anything to worry about.

Also, because of some of the nuance of Special Relativity, time dilation was happening and the fake information that I was transmitting appeared to them as being more frequent, so it compounded the message that I was OK when I really wasn’t. Any slight inference that I was struggling was lost in the background noise of everything else, where I was pretending that I was alright.

It’s definitely not a traditional model of psychology, communication or relationships, but it helps me understand what was happening during that time. It’s something I now hold dear and helps me reconcile how I hold my friendships now. If something isn’t OK, I make sure it’s said. If I am struggling, I make sure it’s known. Equally though, if I’m thankful for something, I make sure those I am thankful for know it! Life is too short as it stands, I won’t let anything stop me from saying what I feel and believe in to those I love anymore.

They didn’t know what I was struggling with. It wasn’t because they didn’t care or didn’t want to be there to help, it was because I had never spoken about it.

It’s more important than ever to be reaching out to people. Our world is on fire. We are in unprecedented times and are finding ourselves facing new challenges every day. Everything is changing and with that uncertainty comes a lot of noise and a lot more chaos.

It’s easy to get lost in the noise; pulled along with the ebb and flow of the almost daily tidal churn of COVID-19. People are being forced to pause for thought and with that, often comes an internal struggle that few of us ever really face: Am I happy? Is this what I want to do? Do I enjoy my life? What do I want my future to hold?

When we are alone with our thoughts, as self-isolation and lockdown are forcing upon us, we can often face these uncertainties and our own insecurities. I’m an extrovert. I rest by being around people and friends. I find happiness through people. Right now, I’m doing everything I can to help those out there. I am engaging outwardly and helping others because it directly helps me rest and recover. To many, it will look like I am at peace with the situation and comfortable in my life.

But, would you know I’m struggling if I didn’t say so? Many of us are not used to vocalising how we’re actually feeling. Many of us are facing some of our worst demons in loneliness and isolation. Many of us have no certainty at all in these uncertain times.

People may look like they’re doing OK. They may even be talking about how to help others who are not OK. But we don’t know for certain. We can’t know. Not until our inertial frames overlap and we are actually communicating truly, honestly and without delay. Only then can we know for sure. But even then, we can only know what we’re told.

Reach out to those around you. Let them know you’re there. It can take the simplest of things to turn a day from an almost end to a new beginning. That’s all it took for me on my darkest day.

When you’re thinking about your friends and family, stop thinking about what you have seen on Facebook, or heard from someone else. Think about the last time you really spoke to them, honestly spoke to them. Pick up that phone. Text them. Call them. Ask them how they’re doing. Then ask them again to make sure they’re OK.

Just do it for them!

Do you need immediate help? If you’re worried that you might hurt yourself or someone else, it’s important to know you are not alone. Please call 999 for immediate support, or you can call the Samaritans for free on 116 123.

Written by Andy Salkeld
Andy Salkeld is the author of 'Life is a Four-Letter Word: A Mental Health Survival Guide for Professionals', available now on Amazon.