My eating disorder story is a pretty stereotypical one. I was in my early teens, had very low self-esteem and my coping mechanism was to control the way I looked and lose weight. This quickly spiralled into anorexia, self-harm and depression. 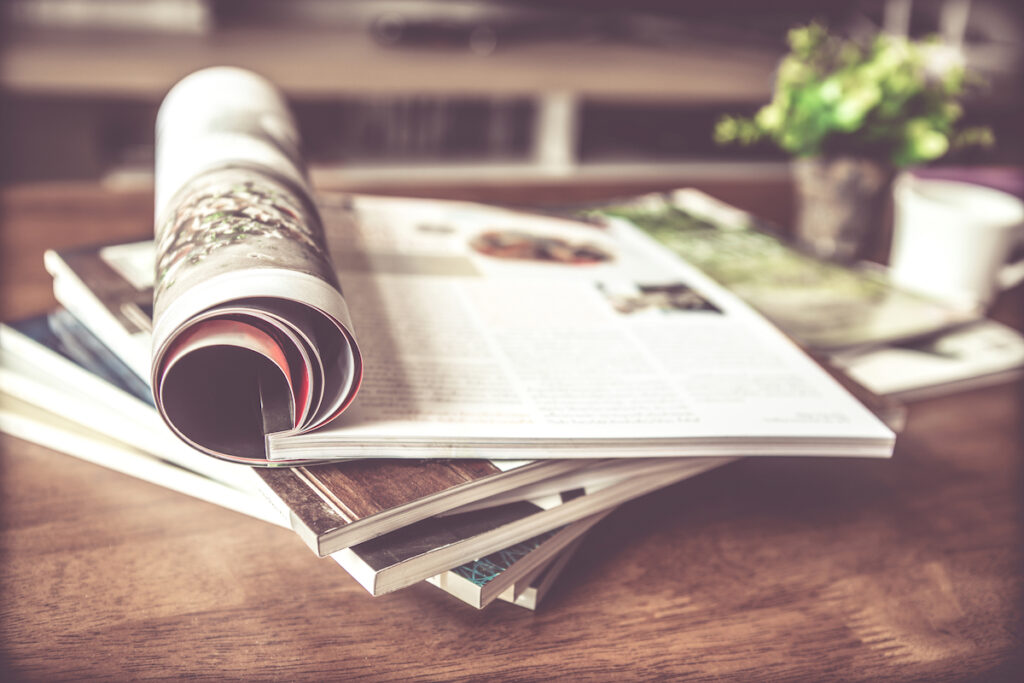 Thanks to a great support system, counselling and self-management techniques I was able to pull myself through to recovery within a couple of years. Now I write about mental health and well-being for a living and am passionate about body positivity and helping others fighting similar battles.

Something I’ve noticed through my own experiences and while working in the mental health sector is the way eating disorders are represented in our society. There seems to be one story being told, over and over again, and it really is only part of the story.

Search for the words “eating disorders” online and you are more than likely going to be met with sensationalist headlines about women on the brink of death. If you’re unlucky, you’ll also be confronted with harrowing and incredibly triggering images of (predominantly white) women at very low weights.

Even Louis Theroux, beloved by many of us here at Counselling Directory, missed the mark with his latest documentary, ‘Talking to Anorexia’. In it, there was a sense of hopelessness that sat uncomfortably with me as someone with a history of anorexia.

Yes, sadly, for some eating disorders become a lifelong battle – but this isn’t always the case and I feel it’s important for people watching to know that there is hope and that they don’t have to be hospitalised to get help.

While these more extreme stories of anorexia are of course important and deserve attention in their own right (anorexia is considered the most fatal mental illness) they simply don’t tell the whole story.

What you’re unlikely to see represented in the media is… well, any other demographic.

And this is what bothers me most of all. Eating disorders are a mental health issue, not a physical one. You cannot tell by looking at someone what their mental state is or how their relationship with food is.

Eating disorders do not discriminate

The causes of eating disorders are incredibly complex, but we do know that they don’t discriminate. They can affect any gender, race or age. They are also invisible, affecting the mind. This may well lead to physical changes in the body, and indeed this is what makes them so physically dangerous, but you cannot always tell if someone is struggling with food by their weight.

Sadly many diagnostic measures and criteria for eating disorders are still physical. I personally think these are unhelpful for those struggling with the illness and perpetuates the myth that you have to be a certain weight to receive treatment. Your weight can indicate a problem, sure, but we need to be recognising earlier psychological signs.

Eating disorder charity Beat has revealed that 34% of adults are unable to name any signs or symptoms of eating disorders. Survey respondents were also twice as likely to list weight loss or ‘being thin’ as a sign over any other.

This highlights a clear lack of understanding of what eating disorders are and how they can affect people. But… can the general public be blamed when all they see represented in the media in regards to eating disorders is emaciated women?

There are two key reasons why the representation of eating disorders in the media is so important.

1. We all need to be more aware of different eating disorders, who it can affect and the early warning signs that are impossible to detect by looking.

Why do we need to know this? Because those stuck in the trappings of an eating disorder are unlikely to seek help early. They may not believe they have a problem and even when they do accept they’re unwell, they’re likely to hide this from those around them. I say this from experience. Eating disorders are malicious and secretive, they do not want to be discovered.

It is therefore often up to those around the person suffering to step in, offer support and guide them towards professional help. And indeed, it is important for GPs to take all patients seriously, regardless of demographic or weight. Early intervention is so important for recovery and the more we all know about how to help and what to look out for, the better.

2. If those struggling don’t see themselves represented, they may not seek help.

I remember wishing I was anorexic. I thought to be anorexic you had to be incredibly thin because that is what I saw in the media. When I saw a doctor and they told me I had anorexia, I didn’t believe them – I wasn’t thin enough. If I had seen more stories about people at different weights talking about anorexia, would I have been more convinced?

Think about other demographics – men, other ethnicities. If they never see themselves represented in the eating disorder narrative, why would they believe they could have a problem?

What we can do

We need to tell the untold stories. We need to change the narrative to be more inclusive and ensure everyone is represented. We need to look at the deeper problem in our society – including beauty ideals and our complicated relationship with food.

These sound like huge problems to unravel, and they are, but we all have the power to make a change, no matter how small.

Start by educating yourself on the signs and symptoms of eating disorders, learn about all of them. Encourage others to learn more about the subject. Don’t discount anyone around you for not being the ‘type’ to have an eating disorder. If you spot any signs and are worried about someone, reach out and offer your support.

Share the untold stories in whatever way you can. Call out the media when they represent eating disorders poorly.

(Tweet by Danielle, @morethananimag3 who has started a petition to stop the media showing triggering and harmful images to represent eating disorders)

The conversation around mental health is getting louder and we need to keep up this momentum and pull the media up with us. Who’s with me?