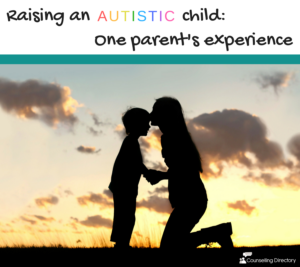 1. Can you tell us a little bit about Liam?

Liam is 15, and it was clear to me from a very early age that he was different to other babies. He didn’t reach any of his milestones on time and was a very poorly baby/toddler. I had to fight for over 15 months to get him diagnosed.

Liam is such a kind, gently spoken boy, he loves football, food, and films. He spends his spare time watching films and then doing PowerPoint presentations on the films’ characters – he knows lots of statistics on lots of actors. He is on medication for his autism, because, without it, he is constantly hyper and cannot sleep.

2. Did you know much about autism prior to Liam’s diagnosis?

I didn’t know anything about autism before his diagnosis. I was very young, and probably a bit naive as to what autism was. I believed that autistic people were nonverbal and banged their heads on walls – I think I must have watched a program like that when I was younger and that was my perception.

3. What support were you given at this time?

Before Liam’s diagnosis, I had no support. But, from the age of 3 (when he was diagnosed), the support came rolling in. I think I was very lucky, but I really did have to fight for it.

4. What has having an autistic child taught you?

Having an autistic child has been the hardest but most rewarding thing that’s ever happened to me, Liam teaches me every day to think differently. As a family, we are non-judgemental people who accept everybody, disability or not, but, perhaps without Liam, we would be different! Who knows? But, Liam is a gift, he is so precious.

5. What are some of the challenges you’ve faced as a parent to an autistic child?

We have faced so many challenges over the last 15 years because of Liam’s autism. The first few years of his life he was very poorly due to a poor immune system, so I spent a lot of time in hospital with him – the longest stay was 9 days.

When he was younger he was very difficult to guide as he had no understanding or social awareness. So, I had lots of parents challenge me about him when we went out, swimming, at play parks, or even in the supermarket. I had a man tell me I should keep him locked up and if I had to bring him out I should put him on a lead! People that don’t understand can be very cruel.

6. Have you come up against other people’s misconceptions about autism? If so, how do you deal with that?

People that don’t really understand autism will say things like “he looks so normal”. Well, of course he does, he is normal. He’s just autistic, which makes him extra special. We don’t tend to talk to people about his struggles, so when people look at him they don’t understand what the diagnosis means. 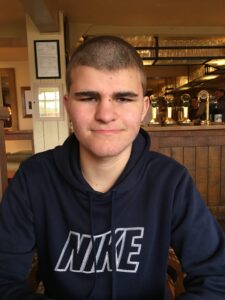 7. What lead you to wanting to work with autistic children?

Autism is so close to my heart because of Liam, and I chose to work with autistic children because I love doing a job that gives you emotional rewards. I love all of the children I work with, they are so special in their own way. They need people that understand them to take care of them and nurture them – and let them know that it’s ok to be them.

8. Finally, what do you wish people knew about autism?

There isn’t just one thing I wish people knew about Autism, but I wish as a society we weren’t so judgemental. If you see me in Sainsbury’s and Liam is jumping up and down on the spot flapping his arms, he is doing this to self-regulate, he needs to do it. But, I’d like people to understand that, and not stare at him like he’s strange! This can really hurt my feelings as his mum.

I don’t ever mind if people want to ask me about him, but have some respect because – he is a human being and can hear what’s being said.

Find a Counsellor or Therapist dealing with Autism

Becky is a Content Producer for Happiful and writer for Counselling Directory.

Other articles by Becky

3 strategies in working with autistic children
By Dr Joshua Bourne
Autism spectrum disorder (ASD) is a disorder that affects more people in the UK than some...
Autism 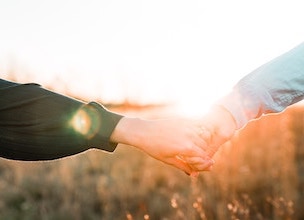 Understanding autism: Supporting a loved one
By Ellen Hoggard
This week, college student Rebecca Riddle joined us for a work placement. Here, she...
Autism 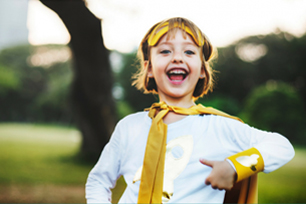 Understanding autism
By Ellen Hoggard
In the UK, it is thought that nearly 700,000 people are on the autistic spectrum. Autism...

Jodie: My family's experience of autism and pathological demand avoidance
I have three beautiful children, two of whom are autistic. Our journey with multiple...
ADHD Asperger's syndrome Autism

Gavin: My family is on the Autism spectrum and we strive for improvement
My sons and I were born on the autism spectrum. I have Asperger’s syndrome. My...
Autism

Danielle: Parenting an autistic child
It was a rainy Monday morning in January. I remember because my husband had gone to work...
Get involved Connect with us, we're social.
Facebook
Twitter
YouTube
Before using our site, please take a moment to review our Privacy Notice and Cookies policy. By continuing to use this site we'll assume you agree to both.
Ok