Is it bullying or ‘just being kids’? 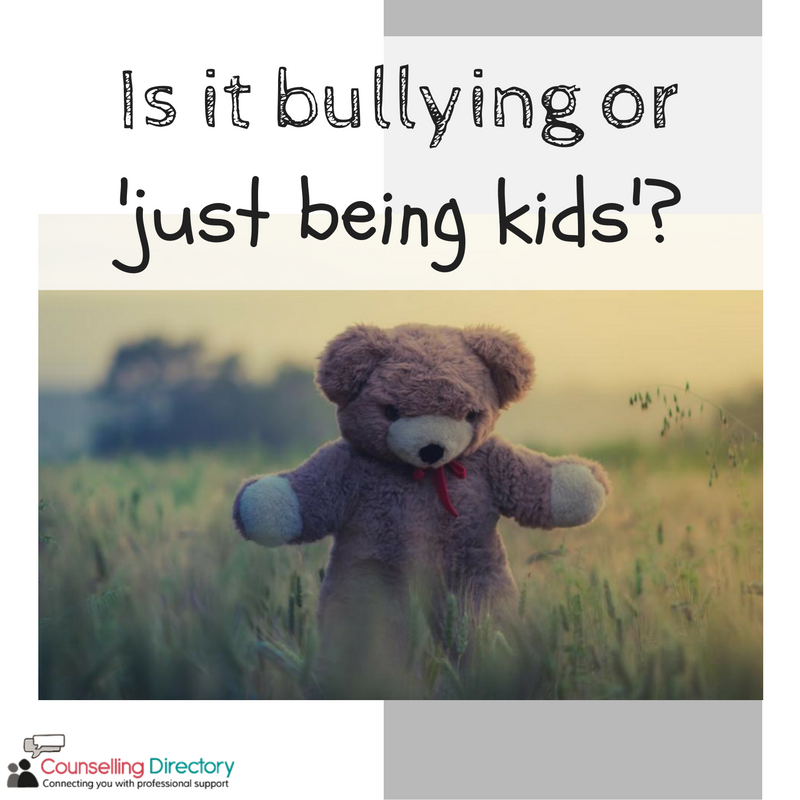 We will all be affected by bullying in someway, at some point in our lives. Whether you have been bullied in the past, have witnessed an act of bullying, are the parent of the bully or are the bully yourself – it will affect you.

Though there are times where the lines can blur. We surveyed 1300 people in the UK to find out more about bullying and where it takes place. Out of the 1300, 55% said they had been bullied and 78% of those recalled the bullying taking place during their school and college years.

But how do you know when childish banter turns to bullying? Does it really matter?

While there is no legal definition of bullying, it is usually defined as repeated behaviour which is intended to hurt someone either emotionally or physically.

“I was fortunate enough to not have been bullied myself. I don’t think anyway – I have experienced the odd bit of name calling and online comments, but it was never repetitive. Thinking back to early school years (early teens) I probably did the same to others – it was just how it was.

My brother, similarly, perhaps wasn’t bullied, but was picked on by the odd ‘friend’. I’m three years older, so there was a year where we were at the same school – even after this I would be the one to pick him up from school when my parents were working. Because of this, I was able to pick up on times where he wasn’t happy.

He had a friend that would seem to pick and choose when he wanted him. My brother wasn’t the smallest boy and this friend would make comments. There was one incident I remember when my brother came home in tears, and a bloody nose. My brother had accidentally kicked his football over the school fence and didn’t want to go and get it, so this boy hit him.

This ‘picking’ seemed to go on for a bit – probably longer than any of us knew – and one day my brother had enough. He was walking home and a group of children (including this boy) made a comment and my brother snapped. He didn’t get violent, but he was swearing loudly among tears.

As the older sister – I did the same thing. I confronted the children who had made my brother so upset. I was around 15 and while I knew what should have been 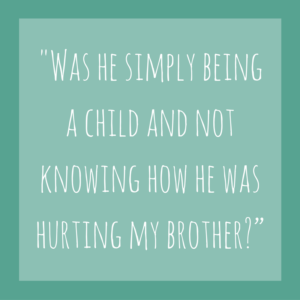 done, I reacted to the situation quickly and took my brother home.

After that, my brother seemed to have grown in confidence. At the time he was quiet but had a personality. He had close friends but the few children that seemed to pick on his size had driven him to come out of his shell.

It’s a negative experience, but he learned who his real friends were and learnt to stand up for himself. If somebody made a comment, he knew that I was there to talk to and he knew that he had the school on his side.

But is this bullying or is it just children being cruel? I remember the boy had a disability and he was known as the troublemaker at school, whether this affected the way he behaved I don’t know – was he looking to feel powerful by picking on a larger boy or was he frustrated? Or was he simply being a child and not knowing how he was hurting my brother?”

From our survey, we saw that of those who were bullied at school, 90% were physically harmed, but 73% did not seek any form of help.

Are people not seeking help because the understanding of bullying is so unclear? Join our discussion on Twitter and Facebook by sharing your thoughts and experiences, using the hashtag #BreakingBarriers.

Find a counsellor or psychotherapist dealing with bullying

Rebecca: Growing up with an undiagnosed condition

Jade: How being bullied can affect the rest of your life

A personal experience of bullying.