NHS trust told there were 'no mental health beds available' 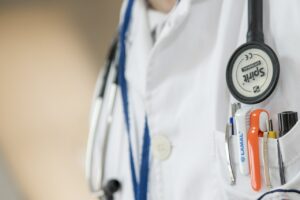 On Sunday, Dr Bohdan Solomka told the BBC that this lack of beds applied to both the NHS and private providers. This revelation from the Norfolk and Suffolk NHS Foundation Trust has prompted a call for delays in planned bed closures.

NHS England have responded saying it is up to local NHS commissioners to ensure their patients get access to the care they need.

Up until Sunday night, Dr Solomka (medical director of the Norfolk and Suffolk NHS Foundation Trust) confirmed that “there were no adult acute inpatient beds in England available to us either from the NHS or private providers.”

Norwich MP Clive Lewis responded by asking for a suspension of the bed closures planned to take place in Norfolk and Suffolk. He wants this suspension to continue until community services are better able to cope with the increasing levels of demand.

Lewis has also asked for a review to be carried out on the support from NHS England and the clinical commissioning groups for the area, which fund the beds.

He went on to say that it’s a ‘national disgrace’ that mental health beds aren’t available for those in need.

“It is simply unimaginable that in the event of a heart attack someone would be left with no A&E bed available anywhere in the country. Why is this accepted for those with a mental rather than physical health crisis?”

Dr Solomka says more needs to be done and that a more ‘multi-tool’ response is required,

“It’s about freeing up community beds and housing, so we’re looking at the whole system.”

Terry Skyrme, from the Campaign to Save Mental Health Services in Norfolk and Suffolk, says the shortage is simply down to underinvestment. He pointed out that the Norfolk and Suffolk NHS Trust is still closing beds, despite having patients out of the area and after being told that they must have a sufficient number of local beds for local needs.

A spokesperson from NHS England said those with mental health needs deserve the same care as those with physical needs.

“Local NHS commissioners, providers and the local authority need to continue to work together to ensure all patients needing help for their mental health get the care and support they need.”

What are your thoughts on the lack of beds in the NHS? Let us know on Facebook.

Find a Counsellor or Therapist dealing with Mental health

Other articles by Katherine

What to do if you feel you’re being discriminated against at work
By Katie Hoare
A recent study by Sky revealed that over a quarter of UK workers have faced workplace...
Mental health

Holiday obligations and mental health: putting your well-being first
By Bonnie Evie Gifford
When the holiday season starts looming on the horizon, it’s easy to get swept up in an...
Mental health Stress

How to take control of debt
By Becky Wright
Being on top of your finances means you are more in control of your life (and your...
Get involved Connect with us, we're social.
Facebook
Twitter
YouTube
Before using our site, please take a moment to review our Privacy Notice and Cookies policy. By continuing to use this site we'll assume you agree to both.
Ok