Gender difference in stress levels at home and work 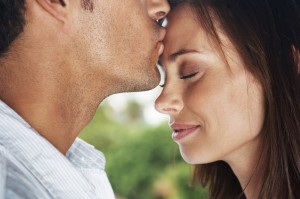 Recent research published in the Journal of Science and Medicine shows that stress levels in men and women are far lower at work than when they are at home – starkly contrasting common thought that work is the key source of stress in people’s lives.

Furthermore, the careful examination of the stress hormone, cortisol in a variety of workers also found that women tend to be the happiest at work, whilst men tend to be happier at home.

According to Sarah Damaske – a sociologist and women’s studies professor at Penn State University in the US – this big gender difference is linked to the added pressure many women face trying to juggle a career and family life.

“At work, people are potentially completing tasks. They’re able to focus their attention and accomplish things, both those with low and high incomes,” she said.

“They’re not multitasking. We tend to think that jobs are rewarding if they’re professional, but actually people with lower incomes have more stress reduction at work.”

Damaske added that at home it tends to be far more difficult to get things done as there is often too many distractions.

In the study, researchers asked subjects to take saliva swabs five times a day to measure cortisol levels. They were also required to wear beepers to report on their moods when contacted by researchers.

The findings have been linked to earlier research that people who work have better mental and physical health than those who don’t.

The study also backs up research that mothers who work steadily in full-time hours during their 20s and 30s report better mental and physical health at age 45 than mothers who work part-time, stay home with children or have been unemployed.

The published article however did state that both men and women were a lot less stressed at home during the weekend, compared to the weekdays – suggesting that the combination of work and looking after the home in one day can increase stress levels.

Stress and elevated levels of hormones like cortisol can potentially harm your health - raising blood pressure and triggering obesity, inflammation and even cancer. Counselling can help to get anxiety and work-related stress under control. Please see our advanced search tool to find professional help near you.

Find a Counsellor or Therapist dealing with these types of distress

Other articles by Tamara

Stress, anger, and our shadow
By Jodi Pilcher Gordon
Where do we put all those parts of ourselves that we wish we didn’t have? When we...
Anxiety Stress Feeling sad

Are you happy?
By Cate Campbell MA, MBACP (Accred), MCOSRT (Accred), MAFT
When asked what they want to change when they come to counselling, many people say they...

Writing poetry helps me understand my mental illness
I was diagnosed with anxiety and depression at the beginning of 2016. I have always been...
Anxiety Depression Low self-esteem

Sow: Creating art from my own experiences of mental ill health
Hi there everyone. I'm Sow Ay, an anxious twenty-something living in Clermont-Ferrand, in...
Get involved Connect with us, we're social.
Facebook
Twitter
YouTube
Before using our site, please take a moment to review our Privacy Notice and Cookies policy. By continuing to use this site we'll assume you agree to both.
Ok